Five Tips To Avoid Dui During Holiday Help Is Here. Work With Us Today.
Get Started Today 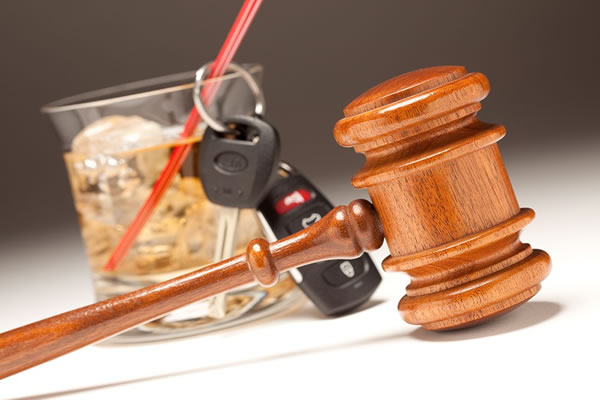 You'd think with the prevalence of transportation options available in Orlando these days (Uber, Lyft, Mears), drunk driving would cease to be a problem, but daily, people are booked into the Orange County jail for driving while under the influence. DUIs even happen to people who have the credentials to know better: Earlier this month, lawyer Tom Hudson, a national DUI expert who wrote the book The Drinker's Guide to Driving: The Secrets of DUI From One of America's Top DUI Lawyers, was stopped by deputies in Sarasota for allegedly speeding and traveling side to side on the road, according to the Sarasota Herald-Tribune.

In their report, officers said they smelled alcohol coming from Hudson's car, and after taking him to jail they administered a breath test. Hudson, who has previously railed against the accuracy of the breath-testing machine, agreed to the test and blew a .12, slightly over the legal blood alcohol content of .08.

The best way to prevent a DUI is simple: Don't drink and drive. It's a basic suggestion, but it's the first piece of advice we got from three Orlando lawyers we interviewed about drunk driving. Aside from putting your own life in danger, you could seriously injure or kill others drivers and pedestrians. Here are some more tips so you don't spend New Year's Eve in a cell.

1. Trust your friends when they tell you that you're a drunk, sloppy mess.

Alcohol can impair your judgment, so after a few drinks, you may not be the best person to ask if you need a ride home, says Eric Barker, a partner at the NeJame Law firm.

"Usually the person drinking is the worst person to ask if they're OK to drive," he says. "Take the advice of your friends who are telling you that you've had too much and call a cab."

2. Don't think you won't get caught because you live three minutes away.

It gets his clients every time, Barker says. Home is three blocks from the bar, and they've only had two drinks, so what could go wrong?

"A lot of them will shake their heads and say, 'I knew I was on the borderline of being drunk, but it was such a short ride,'" he says. "DUIs can happen anywhere, and cops are patrolling that area around the bar to catch people like this."

3. Tell police you want your lawyer present when they question you.

If police stop your drunken behind, obviously the traffic stop is going to go better if you're polite to the officer. But attorney Matthew Olszewski of FL DUI Group says you don't have to answer further questions from the officer without a lawyer present.

"I don't condone being rude or an asshole, but you can respectfully say you don't feel comfortable answering those questions without your attorney," he says. "The cop isn't asking you questions just to ask – he's trying to gather evidence against you. If you don't give him the opportunity, there's going to be little evidence to convict you. Don't spill your guts."

4. You don't have to do the field-sobriety exercises.

In the interest of being fair, Olszewski and James Phillips of the Katz & Phillips law firm say you aren't obligated to walk the line if you haven't been arrested. The exercises aren't normal activities and are difficult to pass even sober if you're nervous or sleepy.

"There's so many factors that play a role," Phillips says. "People over the age of 65 are not good candidates for some exercises, as are people who have ankle and back injuries or people who are more than 50 pounds overweight."

5. Know what happens if you refuse to take the breath, blood or urine test.

Declining the breath, blood and urine test if you've been arrested can have serious consequences, due to Florida's "implied consent" laws. The law says that because you have accepted the privilege of driving a motor vehicle in the state, you also consent to submit to an approved chemical test and physical test, according to the website LegalMatch. In DUI cases that involve serious bodily injury or death, an officer can physically take your blood for the test, Phillips says. If you refuse to take any tests, your license can be suspended for a year, and subsequent refusals can lead to a further suspension and misdemeanor charge.

"Blood tests are not as common as people think," he says. "Right now I have 65 cases and 90 percent of them are breath. One of my clients asked for a blood test after he was arrested and the officer told him to call a lab."

During the holidays, AAA and Bud Light offer Tow To Go, a program that provides intoxicated AAA members a free ride home with their vehicle from Dec. 24 to Jan. 2 by calling 855-286-9246.

Again, if you want to avoid a DUI, it's best to follow this common-sense advice: Don't drink and drive.