Gambling Help Is Here. Work With Us Today.
Get Started Today

You can Bet on It..Sometimes 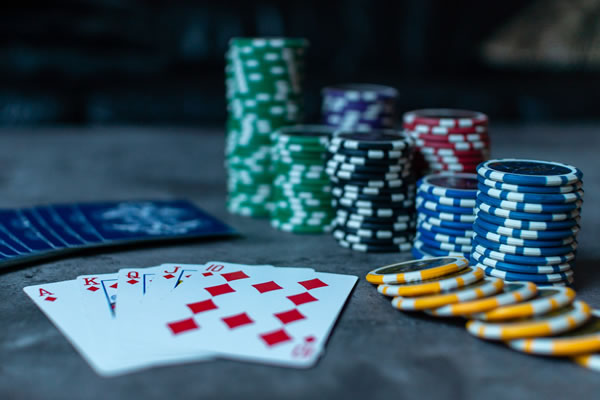 Why is it acceptable to lose money to the casinos and the State of Florida but not to your friends? The answer to that question is because the Florida Legislature said so and because they cannot make any money off of your friends. Florida statutes 849.01, states in part:

"Whoever by herself or himself,… maintains a gaming table or room, …or house, …for the purpose of gaming or gambling or in any place of which she or he may directly or indirectly have charge, control or management, …permits any person to play for money or other valuable thing at any game whatever,…shall be guilty of a felony of the third degree, punishable by up to five years in prison."

The state does not limit gambling to card games and slot machines. Gambling includes and is not limited to betting on a billiards or pool game, horse races and sporting events. Florida in its abundant hypocrisy does allow gambling at a casino operated under the Seminole Gaming Compact. In April, the Florida Senate passed the Seminole Gaming Compact, which authorizes slot machines and table games, which calls for the tribe to share an estimated $400 million a year in revenues with the state.

The State of Florida makes money off of smaller organizations known as cardrooms. A cardroom is a facility where authorized games are played for money or anything of value and to which the public is invited to participate in such games and charged a fee for participation by the operator of such facility. In order to operate one of these cardrooms, one has to pay for a license, employee occupational fees, a tax on each person who enters and a tax on the monthly gross receipts.

Recently, the Metropolitan Bureau of Investigation (MBI), which is a 14 agency local, state and federal law enforcement task force, raided a local facility which was operating as a gaming house with slot machines. The business offered a prize of $3,000 but the winner was predetermined and not based on gambling time. According to the MBI they will be charged with racketeering, punishable up to 30 years in prison, operation of a slot machine and keeping a gambling house. MBI is purporting to be moral guardians and protecting their citizens from gambling, but they are aware that lawmakers, judges and law enforcement officers have friendly poker games, office pools and routine bets with each other.

There is an exception to the gambling laws which allows a person to host game. A game is permitted when the winnings of any player in a single round, hand, or game do not exceed $10 in value. It is hypocritical that the state puts a limit on how much you can gamble at a private game but has no limit on how much you can spend on lotto, horse races, jai-alais, or casinos.

So why exactly does the state ban poker parties in the privacy of your own home? Is it because of a moral issue with gambling? That can’t be true since they are promoting gambling at casinos run by the Seminole Gaming Act. Furthermore, the state spends over $3 million a year in just advertising and promoting the state lottery in an effort to induce the citizens of Florida to gamble even more. It is obviously not a moral issue but rather a one of greed in that the state of Florida cannot get into your pockets when you are gambling with family or friends. Let’s just identify this nonsense for what it is rather than hiding behind fabricated morality and denying the truth.