Summer Daze Help Is Here. Work With Us Today.
Get Started Today

Beaches, boating and drinking: What are we really allowed to do?

Published on July 5, 2015 | By Mark NeJame; Vanessa Louise Braeley contributed to this article. 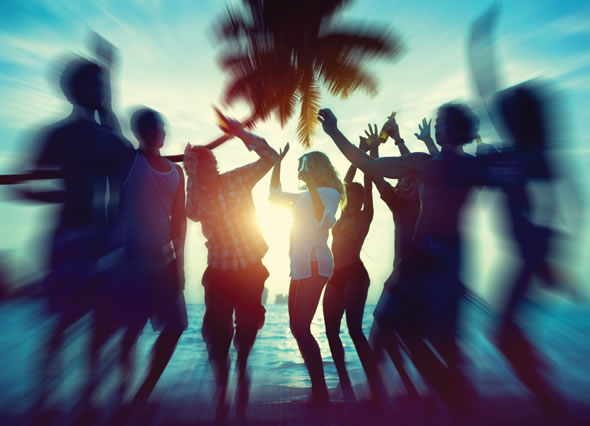 The summer season is Florida’s time to shine. We are surrounded by bodies of water – beaches, lakes, rivers, and springs – just begging for us to play in them. And so we do. And we play hard…maybe even too hard. Florida’s beaches have worldwide notoriety as the best spring and summer break destinations, and with vacation comes drinking. Drinking by the beach, on the beach, in the water, on the water. And while it’s fairly obvious a margarita (or a Corona, depending on preference) goes very well with a beach chair, there are significant risks involved which tend to be ignored.

First, let’s discuss open container ordinances. It is generally understood that Florida is liberal when it comes to possessing open containers of alcohol on a public beach. This may appear to be true, but only due to lack of enforcement. You see, every “beach city” has its own set of rules, or ordinances, and it is up to the city how strict it will be in enforcing those ordinances. But pay attention and be cautious – most cities do not allow open alcoholic beverages on the beach, and if you are caught, you could be fined, or, depending on the circumstances, arrested.

Florida is cracking down on this, and just a few months ago Florida’s most notorious “party beach” Panama City placed a temporary ban on drinking on its beaches after seven people were shot during a spring break party. (If Panama City is banning it, then you know it’s a hazard.)

Speaking of summer fun “dangers,” one of the most misunderstood activities is boating and drinking. Let’s clarify this right here and now: Boating Under the Influence (BUI) is NOT legal! Getting a BUI can have some serious consequences, and it does happen often. Why? Boaters tend to be more careless and are uninformed about the law as it pertains to boating and drinking. Section 327.25 of the Florida Statutes finds any person guilty of a BUI who has a breath-alcohol level of 0.08, the same allowable limit for driving under the influence. A person convicted of a BUI may be subject to a fine ranging from $500 to more than $2,000 and find him or herself imprisoned for up to nine (9) months. Worst-case scenario is the offender is convicted of a third-degree felony. Readers, anyone facing a felony should consult with an attorney immediately; such a charge is a permanent and major blemish on criminal records and is often a reason for denial of employment, ineligibility to vote and loss of other civil rights.

Does this mean you can’t cruise down the St. John’s River with a cold beer or canoe the Wekiva with a Zima? (Come on, we all remember those.) Not necessarily. Packing a cooler for your passengers to enjoy is generally acceptable, but check your local laws. If you want to partake as well, be sure to drink water and allow enough time to pass until your Blood Alcohol Content (BAC) returns to levels safely below .08. There are new, portable breathalyzers on the market that work tremendously in providing accurate BAC levels. Invest in one. It’s much cheaper than a DUI / BUI.