Texting And Driving Help Is Here. Work With Us Today.
Get Started Today

Texting And Driving: Should Florida Punish Those Who Are 'Distracted'? 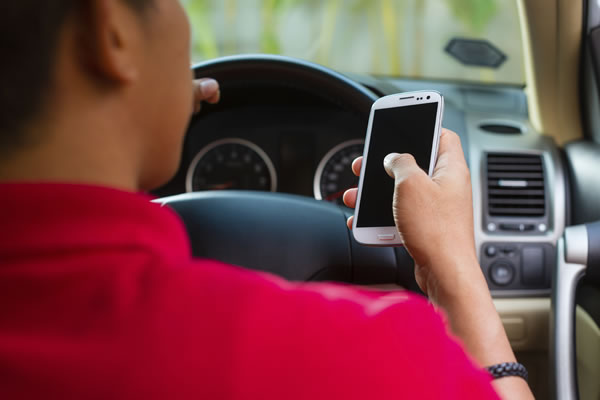 I think many of us will admit that we have used cell phones to either: talk, text, or email while driving. I also believe we can admit that it can be very distracting! However, in today's technological age and from a business perspective; immediate access to information is essential to running an efficient and effective business. Likewise, from an attorney's prospective; I have seen firsthand the damage that can be caused to not only property, but also individuals and their families by distracted drivers. Whether the distraction is caused by a cell phone, a GPS device, reading a book, watching a DVD, personal grooming, application of 'make-up' misbehaving children, consuming food, or even alcohol or drugs; the results can be devastating if not deadly.

Some of our State Representatives have requested legislation to address the issue of 'texting and driving.' (For example, Senate Bill 158).1 There are clearly a myriad of approaches that can be considered to address the issue: a total cell phone ban while driving; a law limiting a driver's use of cell phones and messaging devices (require 'hands-free' devices); or a total ban on texting but not outlawing phone calls by drivers' are just a few options.

What must be determined is how to address 'distractions.' Should punishment be criminal and subject the offender to jail and fines? Or if a law is imposed should it be a nonmoving traffic violation with a fine? Or should it be a moving traffic violation with a fine and points assessed against a driver's license? If a law is passed, two concerns arise. First, would the law create yet another basis for a traffic stop which puts both the driver and officer at risk? According to the Florida Highway Patrol in conjunction with the Department of Highway Safety and Motor Vehicles, during a period from 1996 to 2000, motorists in Florida crashed into working law enforcement vehicles that were either stopped or parked along Florida roadways 1,793 times, resulting in five deaths and 419 injuries.2 We have all seen the 'MOVE OVER LAW' signs on the highway; but we have also seen that very few people actually 'move over.' This brings me to the second concern: Would the law likely have any deterrence?

Florida Statute 316.1936 makes it a noncriminal moving traffic violation for any driver or passenger to possess or consume an open container of an alcoholic beverage a motor vehicle is operated in the State. Unfortunately, many drivers' continue to be accused of driving under the influence. It can be argued that the open container law was, at least in part, enacted to deter impaired drivers. In my experience, there seem to be vast number of people still being accused of DUIs in the Great State of Florida.

Some people claim they drive and text without even taking their eyes off the road. Many State and private agencies have policies in effect to deter or restrict their employees from distractions such as texting. So what is the solution? I think the only simple answer is: If you're going to use your phone to call or text (or be distracted in any way); do the right thing and pull over or into a parking lot. This is the only guaranteed approach that will work. Drive safe Orlando!