Texting Driving Fl Says U Can Help Is Here. Work With Us Today.
Get Started Today

Texting and Driving: FL Says U Can W8

Published on Jun 26, 2013 | By Mark NeJame; Vanessa Louise Braeley contributed to this article. 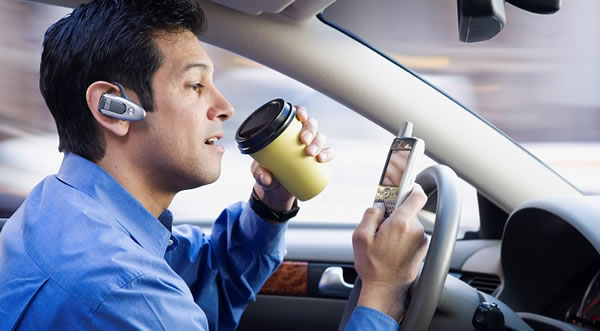 You've seen the commercials - a blank screen with the words "where u a" followed by a devastated mother telling a story about how her child died while sending this simple text message. It's not worth it - It Can Wait. This is the message the country is conveying to drivers nationwide. Cell phone companies, parents of victims, politicians and lobbyists abound are supporting legislation that bans "texting and driving" and Florida just joined the fight.

On May 28, 2013, Governor Rick Scott signed Senate Bill 52, which makes it illegal to text, email or instant message on any portable device while driving. Specifically, the Bill states:

"A person may not operate a motor vehicle while manually typing or entering multiple letters, numbers, symbols, or other characters into a wireless communications device or while sending or reading data in such a device for the purpose of nonvoice interpersonal communication, including, but not limited to, communication methods known as texting, e-mailing, and instant messaging. As used in this section, the term "wireless communications device" means any handheld device used or capable of being used in a handheld manner, that is designed or intended to receive or transmit text or character-based messages, access or store data, or connect to the Internet or any communications service as defined in s. 812.15 and that allows text communications..."

Violation of the law is a secondary offense, which means police have to first stop drivers for another offense like an illegal stop. Remember - Florida's seatbelt law was a secondary offense when it was first signed into law, but has now been made a primary offense. There's a likelihood that the "no texting and driving" law will eventually become a primary offense. Right now, the new statute will be very hard to enforce and is pretty toothless, not having much of a real bite. However, the new statute has more of an impact for the message it sends than any actual punitive measures.

The new legislation takes effect on October 1, 2013, so you have a little while to get used to the idea. Most are guilty of doing it - to some of us, checking our smartphone is such a habit we may not even realize we're doing it. So put down those handsets and adjust while you still have time. Here are a few tips that may help: