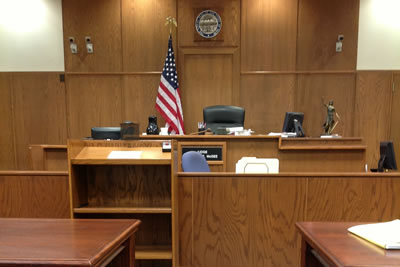 Once a person is arrested, they are typically entitled to a bond. Usually, a bond is set in accordance with a local bond schedule, although bonds can be higher or lower than the amounts stated on the schedule. There are some cases, such as a capital case or when there is a felony punishable by life and the proof is evident and the presumption great, that a bond is not set, and the defendant may not be entitled to a bond.

To learn more or to speak with one of our dedicated and experienced criminal defense attorneys, contact us today!

At NeJame Law, we appear at many First Appearances seeking a bond or a bond reduction on behalf of our clients. If we are retained early enough, which is typically after the arrest but prior to the first appearance the next day, we can prepare a motion to set bond or a motion to reduce bond, and the court is supposed to consider a bond at that point. Some judges are reluctant to do so at a first appearance, as the prosecutor from the State Attorney's Office is often not prepared to argue a bond motion at that time, because of the lack of information they have available to them on such quick notice. We maintain that our client's rights are paramount over a State Attorney's lack of preparedness and that since the law permits bond hearings at this time, we have every right to proceed.

The State Attorney’s Office may file a motion for pretrial detention to hold a person in jail with no bond for certain, provided they follow the proper procedure and meet their burden, beyond a reasonable doubt. A judge may also hold someone without a bond if there are no reasonable conditions to assure the safety of the community or the integrity of the judicial system.

In Florida, the legal term pretrial release is synonymous with the word bond. Typically, a monetary amount for a bond is set by the judge that must be posted before a person can be released from jail while waiting for trial. Oftentimes, pretrial release includes additional conditions of a bond that the court orders. These could include areas such as no contact provisions, limited contact provisions, counseling or therapy, electronic monitoring, no use of alcohol, or a host of other restrictions, which bear a reasonable relationship to the offense.

If a reasonable bond is not set at the time of first appearance, a defendant has the right to request a bond hearing so a bond may be set or the existing bond lowered. There are also opportunities to have terms of an existing bond changed by having your attorney file a motion to modify conditions of bond or pre-trial release. At the hearing, the judge will determine whether your bond should be lowered or if reasonable conditions can be imposed to permit a defendant to be pre-trial released. These are conditions that you must comply with in order for the judge to grant you release from jail.