Cannabis &
Marijuana Defense Help Is Here. Work With Us Today.
Get Started Today 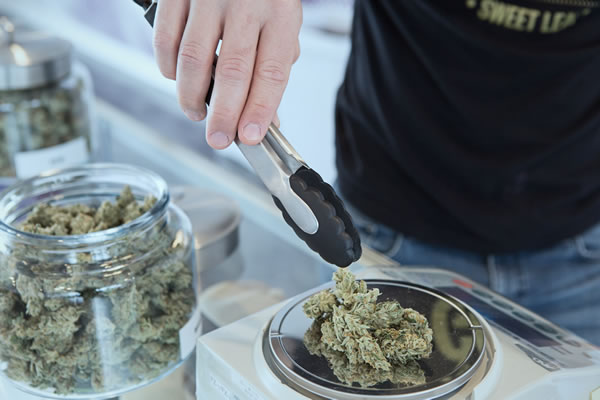 Although Florida is in the process of working out the details of its medical marijuana (cannabis) program, unless you can get a valid, legal prescription for marijuana, getting caught with it can still cause some problems. The penalties for marijuana crimes in Florida may be harsh and life changing. That is why it is so important to have an Orlando marijuana defense lawyer on your side!

Some of the more common offenses involving cannabis are listed below.

Possession of Cannabis (20 Grams or Less)

Florida Statute 893.13(6)(b). First degree misdemeanor. Statutory maximum: One year in jail, one year of probation, or combination thereof not to exceed one year, $1,000 fine.

For simple possession of cannabis or marijuana (less than 20 grams), most police agencies will give the accused a “notice to appear” and not take the person to jail. If the accused does not have a prior record, simple possession of marijuana cases will typically result in a deferred prosecution agreement wherein the charge is dismissed after the accused completes some community service, pays the program fee, and takes a drug class. If the accused has prior offenses on their record, a typical result may be a fine and court costs. This sounds relatively painless, but it is very important that the judge withhold adjudication on the case so the judge does not suspend the accused’s driver’s license for a period of one year, which is mandatory on all cases where the accused is adjudicated guilty.

Possession of Cannabis (Over 20 Grams)

For a possession of over 20 grams of cannabis offense, if the accused does not have a prior criminal record, the case will most likely result in a deferred prosecution agreement wherein the charge is dismissed after the accused completes some community service, pays the program fee, and takes a drug class. If the accused has a prior record, the typical result will vary depending on how much cannabis was found, the extent of the accused’s prior criminal history, and other personal factors. It is still possible to have the judge withhold adjudication so that the accused’s driver’s license does not get suspended.

The penalties and typical sentence for a purchase of cannabis offense are very similar to those for “possession of over 20 grams of cannabis,” listed above.

Sell, manufacture, and deliver cannabis cases are typically not eligible for deferred prosecution because the state and the courts only send possession of personal use drugs to diversion, but not the person who is accused of selling or delivering the drugs. The range of penalties imposed will vary depending on the amount of cannabis (marijuana) in question, the accused’s prior criminal history, if any, any other personal factors particular to the case. A person accused of this offense needs an attorney to fight for them not be sentenced to jail or prison, keep them from becoming a convicted felon, and prevent their driver’s license from being suspended.

All marijuana trafficking cases have the same statutory penalties, but the minimum mandatory sentences and fines depend on the amount of the drug involved.

Although the legislature has mandated minimum prison sentences and fines, many times, a lesser sentence can be negotiated. Sentences will vary depending on the facts of the case, potential defenses, criminal history (if any), and amount of cannabis involved. However, if the accused is found guilty at trial and is not classified as a youthful offender, the judge MUST sentence them to at least the minimum mandatory penalties as described.

There are several defenses that can be employed when someone is charged with possession of drugs, including cannabis. A good and thorough defense attorney will look at the case from all angles and explore multiple defenses. These defenses include constitutional defenses, such as determining if there was an illegal detention or illegal search and seizure that resulted in the police stopping the accused or discovering the drugs. These defenses are absolute, and if the judge finds that the police conducted an illegal search, the evidence will be suppressed, and the state is forced to drop the case.

Exploring and researching these issues can be critical to your case and failure to do so can result in unwarranted convictions and punishment. Many of the fact scenarios that come before us fall into a “gray area” where it is difficult to determine at first glance if the case has viable defenses. The proper research and litigation is crucial to forming a defense strategy. Even in cases where it may seem like a defense is not applicable, there may be enough of an argument where the attorney can file a good faith motion in court which may help tremendously with negotiations and can play a positive factor in the outcome of the case.

If you have been charged with any marijuana crime including possession, purchase, and/or trafficking, contact our attorneys immediately.