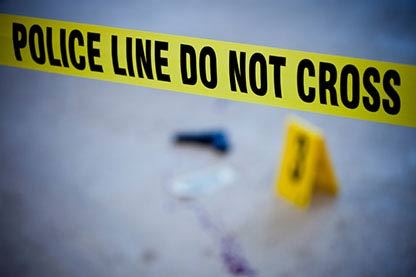 If you are facing charges on a murder case, we suggest that you contact our experienced and aggressive homicide defense attorneys in Orlando, Central Florida, immediately. Murder or homicide is considered, by many, to be the ultimate crime which will likely lead to severe punishment if the accused is convicted. Someone who is accused of murder will face penalties that are extremely punitive and should be tackled and addressed by an experienced, knowledgeable, creative and aggressive homicide lawyer in Orlando, Central Florida. Regardless of the type of murder case he/she is charged with, the attorneys at NeJame law want to provide you with the best defense available.

If an individual is committing a dangerous felony and someone dies, the individual may be charged with First Degree Murder, even if they did not intent to kill anyone. This is known as "Felony Murder." Defending a "Felony Murder" charge usually involves defending the underline felony that the State claims the accused committed when the death occurred.

The State typically assigns very experienced law enforcement officers and prosecutors to investigate, prosecute and handle homicide cases. Law enforcement typically utilizes very advanced technology, science and methods when they conduct homicide investigations and prosecutions. That is why it is critical and vital to retain an experienced homicide criminal defense lawyer and Law Firm to defend you on your murder charges.

Defense of a Homicide or Murder Case

There are numerous methods that we use in defending homicides and murders. Homicide and Murder charges may be "justified" if it was committed out of self-defense from an attack that involved deadly force.

Furthermore, Homicides and Murders may be "excusable." "Excusable Homicides" may occur if the suspect was an actual and continuous victim of repeated domestic battery and killed their spouse out of a perceived threat of real and serious danger against them by their spouse. This is known as "Battered Spouse Syndrome."

Another form of "Excusable Homicide" is when the suspect is legally insane. This occurs when the accused suffers from a mental illness that doesn’t allow them to appreciate the consequences of their actions or difference between right and wrong when the act occurs.

Misidentification of the defendant is far more common than most people realize. It has been reported and studied that the least reliable type of evidence is eyewitness identification. It can be crucial to fully evaluate, investigate and question the validity and strength of any witness, especially that of an eyewitness.

Scientific and forensic evidence has often become essential to both the prosecution and defense of homicide cases. DNA testing, blood splattering, accident/incident reconstruction, entomology, ballistic testing, fingerprint analysis and decomposition studies are but a few of the areas in which a skilled defense attorney may be called upon to address and utilize in the defense of a homicide case.

Each homicide criminal defense attorney from NeJame Law also investigates the actions and methods the law enforcement officers used to investigate the Homicide or Murder scenes. Our attorneys look to see if law enforcement properly preserved all the evidence and DNA, questioned all the witnesses and other suspects, and whether they put any undue influence or pressure on witnesses to testify against their clients. Additionally, if the law enforcement claims the suspect confessed to being involved in a Homicide or Murder, then our homicide criminal defense lawyer would consider evaluating the purported confession to determine whether or not the suspect was properly advised of their Constitutional Rights prior to giving the confession. Furthermore, a determination would need to be made as to whether the confession was the product of coercion, a threat or a promise to determine whether it was given freely and voluntarily and whether it should be actually admissible in a trial.

Defenses utilized by our experienced homicide criminal defense attorneys could also include an Alibi Defense, if the accused can prove they were at another location during the time the act occurred and had no involvement. Witnesses to crimes have been mistaken many times in the past or may have a motive to fabricate. Our murder defense lawyers closely examine the witnesses' motives, backgrounds, and physical and mental stability when they claim they observed the act to determine if they have any problems with their memory, eye sight, hearing or whether they were under the influence of any drugs or alcohol.

There are times when a person may be responsible for a homicide but may be improperly charged by the State with a more serious charge than they actually committed. For example the State may charge a person with First Degree Murder when the person's action at most would constitute the lesser charge of Manslaughter. There are times that a death occurs by accident or misfortune, but the result of the death was not the result of a criminal act of another even though the State accuses someone of being responsible. Our criminal defense attorneys evaluate the evidence closely to ascertain and assess the charges and evidence to determine that our clients are not improperly charged for a crime they did not commit.

Each of our murder defense lawyers is knowledgeable and available to assist, if you or a family member or friend are under investigation or have been arrested for homicide or murder charges.

Our homicide criminal defense attorneys assist clients throughout Central Florida including the cities of Orlando, Winter Park and Kissimmee, as well as the entire State of Florida, in addition to cases across the country. It is a big responsibility to represent someone accused of taking the life of another and we treat our obligations with the utmost professionalism, respect and concern. We value your privacy and we will keep any information strictly confidential.