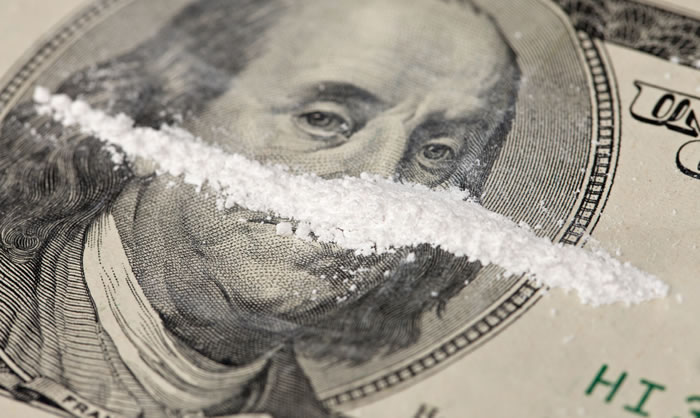 If you or someone you know has been charged with a drug offense in Florida such as drug trafficking, drug possession or drug distribution you need to contact an experienced Florida drug defense attorney as soon as possible. The criminal defense team at NeJame Law in Orlando, Central Florida, possesses the knowledge, skill and experience needed to represent and defend you in court for any drug related offense. Our team of Central Florida drug defense attorneys has handled literally thousands of drug cases. We have our main office in Orlando, but have other offices throughout the State. Our Firm represents individuals for drug arrests and investigations not only in Orlando and the entire Central Florida area, but also throughout the entire State of Florida. We have also handled state and federal drug cases in many states and federal jurisdictions throughout the entire United States.

Drug offenses are taken very seriously and can be charged and prosecuted under either Federal or State law, or sometimes even both. State and Federal laws are increasingly providing for tough prosecution on drug trafficking, drug possession and other drug related offenses and the criminal penalties can at times be quite harsh. Drug trafficking cases in Florida carry mandatory minimum sentences that range from 3 years to 25 years, even for a first time offender. Florida drug laws are among some of the harshest in the country. Even relatively minor drug charges, such as possession, possession with intent and delivery of a small amount of drugs, can sometimes carry serious penalties upon conviction and have an impact over your personal, family and professional life.

Penalties for drug-related crimes in Florida may be very serious and can greatly vary depending on previous convictions and on the offense level of the current crime, which is why it is very important that you contact an experienced Central Florida drug defense lawyer at NeJame Law. If this is your first drug offense or your offense is a simple drug possession, you may be eligible for different programs that will allow your charges to be dropped by the state or dismissed by the court. Otherwise, penalties can include anything from probation, attending a drug treatment program, or mandatory jail time. Jail time can range from a few months to life in prison. Sometimes the State can even pursue the death penalty if the offender intentionally kills another person during the course of a drug enterprise.

Even if the police find drugs directly in a person's possession, the drugs and other evidence could be suppressed (thrown away) if the police did not follow the proper procedures required under the U.S. Constitution. One of the first things our drug defense lawyers look for when defending someone accused of a drug offense is whether the police acted in a legal manner. Other defenses include areas such as whether the actual weight of the substance was correct when allowing for hydration, whether the chemical composition of the substance was correct as charged, whether there was joint or constructive possession of the substance which could subject the case to a Motion to Dismiss and whether the accused was entrapped into committing the offense by law enforcement or one of its informants.

The defense of drug-related crimes can be difficult and complex and requires an attorney with special skills, experience and knowledge. An Orlando drug defense lawyer from our firm is highly qualified to defend your case. Whether it is identifying a drug addiction issue with our clients so that we may assist in getting them treatment or counseling, negotiating a fair resolution in an effort to have charges or a sentence reduced or preparing and taking a case to trial, an Orlando drug defense attorney from NeJame Law is available to assist and defend you. We have handled literally thousands of drug cases and our lawyers have over 100 of combined drug case experience.

We handle all types of Florida drug-related offenses, from the less severe, like simple possession of a small amount of certain drugs, to the more serious ones, such as participating in an organized drug trafficking business with sale, distribution and manufacturing activities. We also defend charges involving controlled substances, such as, marijuana, crack, paraphernalia, cocaine, heroin, ecstasy, methamphetamine (meth), hallucinogens such as LSD, oxycontin, oxycodone, hydrocodone, Xanax, and Rohypnol club drugs. We represent all levels of people charged with drug offenses, from the student or small time person, to the professional, medical doctor or person accused of being a large scale distributor or trafficker.

As extremely experienced lawyers in criminal law, at both the Federal and State level, and having partners who were also top former state and federal drug prosecutors, we are well aware of the strategies, theories and methods employed by prosecutors when they prosecute a drug case. We use this knowledge to our client’s advantage while defending their cases to get the best possible outcome on their behalf.

We are proud to represent and care about our clients. We know the devastation that a drug conviction, addiction, or incarceration for a drug offense can bring to an individual or his/her family. We will answer your questions and guide you through this stressful process, working to take away the confusion and uncertainty that comes with drug offense charge; all while seeking the outcome most favorable for you or your loved one.

If you have been charged with drug distribution, drug possession, drug trafficking or any other drug-related crime, contact a Central Florida drug offense defense attorney from NeJame Law immediately. We handle cases in Orlando, Central Florida, and the State of Florida and throughout the country, including the cities of Melbourne, Miami and Fort Lauderdale. We can be reached 7 days a week at (407) 500-0000. You may also fill out the online form provided on this page or e-mail us directly at Defense@NeJameLaw.com. We value your privacy and will keep any information strictly confidential.

Our highly experienced criminal defense legal team has received numerous 5-star reviews from our clients. Below are some of them. Please follow the link to read more reviews!

by H.M.
Eric Barker from this firm did outstanding representing my son in a drug related case. What you never get to do is talk to the attorney after the case. With Eric that was not the case, and years later you could email him and would email back and call you if needed. You never get that kind of service at most law firms.

by M
I was sitting in jail with no bond. My wife called Jaya Balani and I was out that same day. Going through the legal system was stressful. I was facing life in prison because of an incident that occurred while I was under the influence of drugs. Points I gathered as a young adult still haunted me and harmed my case. The state saw me as a habitual criminal, and wasn't interested in negotiating a plea. They wanted to go to trial. Jaya fought for me, always kept me in the loop, and reassured me about the case. Over the course of time, Jaya filed pre-trial motions that we won; which began to change the direction of the case. In the end, I was put on community control, with probation to follow. I have since recommended Jaya to a friend who has a son who got himself into trouble. Guess what? He's at home too. I am very grateful to Jaya for helping me with my case. Without her I wouldn't be a "free" man today, and watching the Rays with my son on TV.

by C.
To the people who are seeking a lawyer of action and good results, look no more you have found him. Attorney Eric Barker is a very calm and dedicated council in other words be patient with him he!s one of the best, On behalf of the Ulysse family and friends we simply want to say were greatful to you Attorney Barker for defended our nephew on his drug charges of which you did excellent more than we expected, THANK YOU.