Recently, we had the opportunity to meet with Mark NeJame, Central Florida's infamous criminal defense attorney. This was an especially memorable experience meeting with Mark because not only is he an interesting person, but because of what he represents and brings to Orlando. 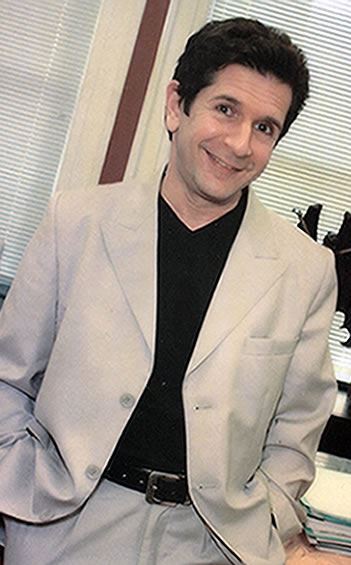 OS: We would like to ask you something that you've probably been asked a thousand times. How can you represent someone when you know they're guilty? Doesn't that bother you?

MN: I've probably been asked that Question more than ten thousand times. I strongly believe in the civil rights and dignity of every human being. With all the powers, finances and resources of the government, it is the defense attorney who standing alone, speaks up for the accused, when the government goes after him.

OS: You seem to handle some of Central Florida's highest profile cases, such as Jesse Maali, the millionaire Middle Eastern business man from International Drive; Leo Visco and the mercy killing of his sick wife, as well as many public officials, sports figures, celebrities and politicians. Are these the main type of cases, you handle?

MN: No, no, not at all. In fact, most of our cases are just regular people, who find themselves in trouble because of a lapse of judgment or often because of some addiction related issue. The high publicity cases obviously get the most attention, but the vast majority you never hear about.

OS: You've been referred to in the media as being the "Johnny Cochran" of Orlando, being Orlando's premier attorney. How do you feel about that?

MN: I'm honored and humbled when someone thinks enough of my representation to compliment me. I really just do the best I can. There are lots of other excellent attorneys; so to say that one is the "best" is pretty presumptuous.

OS: How did your passion for criminal defense develop?

MN: I have a very close family, but was raised along with my two sisters by my mother and grandmother. My father was an alcoholic and not involved in our lives. As such, I have worked since I was ten years old. We shared a duplex with my grandmother and there was no child support or money. I developed a compassion for the underdog. Also, many people who are arrested are in fact not guilty. There is little in life as rewarding as assisting an innocent or falsely accused person in being exonerated.

OS: You've been accused of being a "media attorney". How do you respond to that?

MN: A skillful attorney will know how and when to utilize the media. It should be one of many cards that an attorney knows how to play.

OS: Recently, we heard you had a gag order in the Jesse Maali case. How did you react to that?

MN: It's good to know that the First Amendment is still standing. I absolutely believe my role is to be a voice for the voiceless. The government, amid the drama and critical issues we must face as a nation post 9/11, especially for a Muslim of Middle Eastern decent accused but never charged with reprehensible conduct, namely having ties with overseas groups that advocate violence. These uncharged comments were not only untrue, but also defamatory and harmful to my client, an American citizen and to his family. I strongly took the government to task. As it turned out the government's allegations were untrue and wrong. The government attempted to obtain a gag order, but was unsuccessful.

OS: In fact, you are of Lebanese heritage, correct?

MN: Yes, and I'm extremely proud of it. I was born in Orlando and baptized at St James Catholic Church. Both of my parents were born in the United States, but my heritage is 100% Lebanese.

"If there is any way to rid ones self of prejudice, or to continuously learn, it's to travel."

OS: Mark, I understand you are involved in much more than the law. You are active in politics and were also one of the pioneers to help revitalize downtown Orlando ten years ago. However, you were frequently at odds with former Mayor Glenda Hood about downtown. What's going on now?

MN: Hopefully, great things. Our new Mayor, Buddy Dyer, is doing a great job of tacking the very real and tough issues he inherited. He is embracing all segments of Orlando, not just talking about diversity but also acting on it. He has a progressive vision for a dynamic, exciting and cosmopolitan downtown that he is putting into action. He is not afraid to be open to new ideas and to take calculated risks for the betterment of Orlando.

OS: How do you relax and stay healthy?

MN: Well, my passion is traveling. If there is any way to rid oneself of any prejudice or to continuously learn, it's to travel and meet and interact with different people and cultures. I'm getting married late in the year, so we have been having a lot of fun with all the wedding planning. I like that sort of thing. I also love theater and Broadway. I continue to learn to cook. As for my health, each day I read, pray and meditate. I've been doing this for years.

OS: Where can Orlando find you?

MN: I really keep my intimate circle small. When I'm not working, I like to hang out with my fiancé. We travel a lot; go to the theater often; jet ski, play with our puppies, caffé and laté and our cats, Tom and Jerry. We both are serious shoppers, so we may be clothes shopping, buying art or purchasing for a new decorating project.

MN: The joy in life is in the journey, not the destination.