NeJame said it is official and he is now representing George and Cindy Anthony. Even though the grandparents are only potential witnesses in the case, he feels he needs to do damage control. 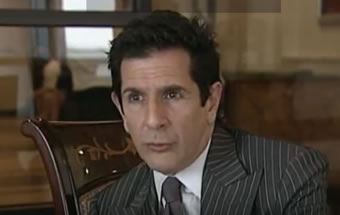 For the past two months, George and Cindy Anthony have been heard making random statements and spectacles of themselves in the media and NeJame said the grandparents realize it and are now asking for help.

" Unfortunately, they have been vilified in the press, on blogs, and people have made judgments against them," NeJame said. "One was a nurse, one was law enforcement and they don't know how to handle this. "

NeJame said he feels George and Cindy need separate attorneys from Casey, because there could be a conflict of interest.

" There is a different need for them than Casey," NeJame said.

Eyewitness News also asked NeJame if he was taking the case pro bono and he gave a vague answer.

" We are looking to help them. If there's assistance, then wonderful, but this not about the money, this is about helping these people," he said.

Mark NeJame and his team of attorneys have been known to represent high-profile cases in Central Florida. In 2004, he represented Jesse Maali. The high-profile I-Drive business man was investigated by federal agents and then indicted on charges of hiring illegal aliens, money laundering and tax evasion.

NeJame's law firm was in the spotlight when he represented Fred Khalilian. Khalilian is best known for opening nightspot Club Paris at Church Street Station with hotel heiress Paris Hilton in 2004. Khalilian was accused raping a girl at his apartment after leaving his nightclub Dolce.

Former city commissioner Ernest Page hired NeJame when he got into hot water. Page was accused of using his city hall position to demand business dealings with a developer.