High-profile lawyer Mark NeJame - who is representing George and Cindy Anthony - plan to make a national media blitz Wednesday in effort to get the public's focus off his clients and on the search for their missing granddaughter, 3-year-old Caylee Marie. Missing-children organization Never Lose Hope Foundation helped the Anthony's retain NeJame who is working at a reduce rate. 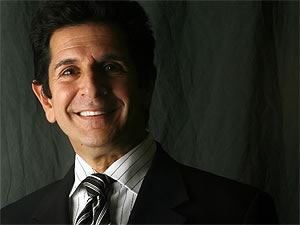 Caylee Marie was last seen in mid-June. Her mother, Casey Anthony, 22, is charged with child neglect, filing a false statement with law enforcement and check fraud. Investigators called her a "person of interest" in her daughter's disappearance.

Before NeJame headed north, he sat down with the Orlando Sentinel to answer a few questions about George and Cindy Anthony. Check out the interview Wednesday morning on our Web site.

Casey Anthony is being allowed to leave her parents' house each day this week for six-hour visits with her lawyer.

Orange County jail officials announced the plan Monday after Anthony, 22, met with a case manager at the jail to set her schedule for the week. Under terms of her home confinement, the mother of missing 3-year-old Caylee Marie Anthony must stay at the house except for approved trips.

Jail officials are requiring her to return home no later than 4 p.m. each day, although she was given an extension Monday after getting a late start on her trip to meet with attorney Jos? Baez at his Kissimmee office.

Anthony is being monitored with an electronic bracelet while out of jail. She also is subject to random drug and alcohol tests but was not tested Monday, jail spokesman Allen Moore said. A home-confinement officer will make random, unannounced visits to the Anthony home in east Orange County.

Anthony's arrival at the jail to meet with her case manager was her first trip outside the family home on Hopespring Drive since she was released from jail Friday. She said nothing to reporters as she walked to the building, escorted by bodyguards.

She exited a few minutes later, holding her brother Lee's hand. She said nothing, got into her father's vehicle and left.

Caylee was reported missing in July. Although her mother contends she was kidnapped, sheriff's investigators have accused her of lying. She faces charges of child neglect and giving false reports to authorities. More recently, investigators have charged her with taking and cashing a number of her friend's checks.

In a related development, an incident report filed by an Orange County deputy sheriff documented the tense relationship between the Anthonys and protesters who recently have appeared outside their house.

Larry Donovan, 34, told a deputy he was standing near the Anthony home Sunday when "Mr. Anthony lunged at him, grabbed both of his arms, and pushed him back 3 to 4 feet toward the roadway," according to the report. Patricia Young, 65, told a deputy that Anthony grabbed her arm and pushed her into the street.

Anthony told the deputy he wanted the protesters off his property and moved them backward. He said no one was hurt but that "verbal unpleasantness" was exchanged.