Tim Miller, the founder of Texas EquuSearch, has told the Orlando Sentinel that getting his group involved in the Caylee Marie Anthony case might be one of the biggest mistakes he's made for the organization. 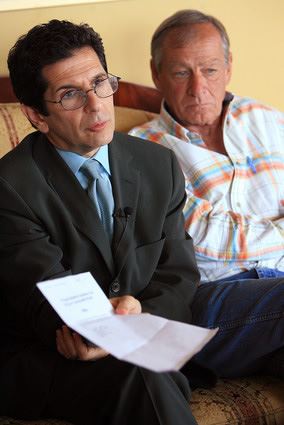 In a recent interview with the Sentinel, Miller said that so many resources were used and so much money spent on Caylee's case, they now don't have enough to assist all the other people who contact EquuSearch for help.

The publicity has caused EquuSearch's caseload to increase more than ever. And because of the economy, donations to the nonprofit are down.

Miller said the search for Caylee was more costly than he could have imagined. And he can't remember a search that has had as many twists and turns.

"This has been a frustrating case for everybody," he said.

"This has caused me personally a lot of financial, emotion and physical grief. This case wore on me more than any case that I've worked."

Meanwhile, EquuSearch continues to search throughout the country for other missing people. Miller continues to run a small construction company.

And now, two months after he called-off the second ground search for Caylee, Miller is still being wrapped up in the case.

No hearing date has been set to address Baez's motion.

Still, Miller said he has no regrets.

"When we came into this search, we had nothing to gain and nothing to lose," he said. "I don't regret anything and I certainly do remember what this is about -- and it's Caylee Anthony.