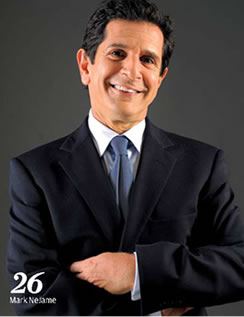 You may know him from his brief but very dramatic association with Cindy and George Anthony. Beyond the publicity, which does overshadow his reputation as a tenacious trial lawyer, he has parlayed his high-profile status and passion for liberal Democratic issues into political influence. NeJame is in tight with rookie U.S. Representative Alan Grayson (No. 21). Orange County mayoral candidate Bill Segal (No. 22) calls NeJame “very influential,” a friend and ally. NeJame, along with his wife, Josie, works the charity circuit, too. The couple chaired this year’s Fashion Funds the Cure Orlando event, raising money for pediatric-cancer research. Look for NeJame’s law firm to expand its presence this year, as it branches out into personal injury, domestic and immigration law. Last Ranking: 42 in 200.