ST. JOHNS COUNTY, Fla. -- Quinn Gray's attorney Mark Miller told NBC's Matt Lauer Tuesday morning on NBC's "Today Show" that Gray was kidnapped, despite the allegations from police that Gray faked her own kidnapping with her boyfriend Jasmin Osmanovic to extort $50,000 from her husband.

"Quinn Gray on Labor Day weekend of this year was kidnapped during the midst of a manic phase of her bi-polar disorder," Miller said. "Her reaction to the kidnapping, it may seem bizarre, but it's all explained by mental illness." 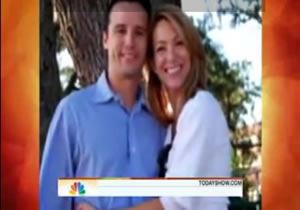 "Quinn Gray may not have reacted the way you or I would react or someone else would've reacted, but she's alive today," said Rick Jancha, another of Gray's attorneys. "So however she did react, it was the appropriate thing she did at the time. "

After the interview with Gray's attorneys aired, Osmanovic was in court Tuesday, and his defense attorney, Hank Coxe, told the judge he is upset about all the publicity.

Coxe said he will ask for a gag order for all attorneys involved.

Gray didn't appear at her hearing Tuesday afternoon. The judge allowed her to stay at St. Simons by the Sea in Georgia where she's getting court-ordered treatment.

Gray's husband, Reid Gray, and another one of her attorneys, Mark NeJame out of Orlando, was there. NeJame said he is against a gag order and for defending his client.