ORLANDO -- News 13 has obtained a copy of a motion prosecutors filed in the case late Wednesday afternoon.

In it, prosecutors are asking for a private hearing with the judge.

In the motion, prosecutors said they have received certain materials and information, and they have "good cause" to delay their release.

The defense would have the right to object to this meeting.

Meanwhile, Casey Anthony's defense team wants to know everyone who searched in the area where Caylee Anthony's remains were eventually found.

They'll be heading back to court because they don't think they have all those names.

"The motion is wrong, and they're wrong," said Mark NeJame, the attorney for Texas EquuSearch.

A motion filed in late November accuses NeJame and EquuSearch of lying to the judge, saying "Statements made by TES to this court were inaccurate."

In August 2009, Judge Stan Strickland ordered EquuSearch to turn over a list of 32 people, who were identified as having searched the area where Caylee's remains were eventually found.

However, the defense claims "There were many more than 32 individuals who searched the area on Suburban Drive near Hidden Oaks Elementary School."

They back it up with two sworn statements from volunteers who said they searched in that area. 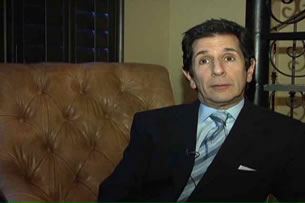 "I don't understand the basis of this," NeJame said. "It's incorrect. But if that's the way they want to play it, we'll play it out in court."

NeJame said one of his biggest concerns has been to protect the personal information of the approximately 4,000 searchers who volunteered.

He said his door was open for the defense to examine anything they wanted.

"Come by. Take a look. If you see anything, let us know and we'll bring it to the court," NeJame said.

There are more boxes of notes and reports, and the defense wants them all.

The motion was supposed to be heard at a hearing last week, but was taken off the schedule.

NeJame said he's submitted a list of available dates and thinks the motion may be heard before the end of the month.