We're revisiting the local legal analysts from the Casey Anthony trial. What stood out for them? What did viewers tell them? What did the exposure do for their practices in Central Florida?

Mark NeJame was an energetic presence on WKMG-Channel 6. He also appeared on national programs and frequently worked seven days a week providing commentary. He delivered passionate commentary, and the passion hasn't died. 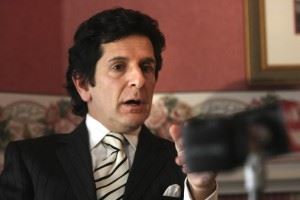 Q. Why did you want to do the analysis?

A. "I do analysis a lot for a lot of cases. This one was the largest case going on in the country. I was getting 2,500 inquires a day via emails, Facebook and tweets. People were very fascinated. They understand we were straight-shooters. I thought it was important to get the truth out as I understood it to be, and there was an interested public thirsting for information."

Q. What did you get from the experience?

A. "This is unlike anything I've experienced in my career. It was the first case where it was interactive with the public, locally, nationally and internationally. People were in real time asking questions, wanting to know what's going on. It was so different from the O.J. Simpson case. This was running across who knows how many television outlets. Newspapers had gone to Internet reporting and commentators blogging in real time. When the history is written, this case will stand out to shepherd in this new universal form of broadcasting high-profile trials."

Q. What was the most memorable moment for you?

A. "So many. The thing about the case, it seemed like every day there was a new chapter that emerged with the story. It was important for me to never lose sight it was about a dead child who I believe was murdered by her mother. Then you have all these other characters. It made for a riveting storyline that people followed. You'd hear them complain about following it, but they were following it.

"It was reality TV in its purist form. Many people were outraged over the way it unfolded. This was not a typical trial. When do you see a promise made in opening statement and never addressed in trial and there's an acquittal? That just doesn't happen. Credibility is everything. You make promises to a jury, you're expected to keep them. To argue it's a circumstantial case, almost every murder case is a circumstantial case. Most crimes occur in secret."

Q. Anything you would have done differently?

A. "I think my analysis was dead on and the jury's wasn't. But I accept it and move on from it. I think that, in retrospect, if the prosecution had to do it over again, they would have emphasized her behavior for 31 days and less the forensic evidence, which was apparently too complex for the jury. With that said, I think the state overall did a great job.

"I did get a small measure of criticism from a couple of people: How could I have taken a pro-prosecution stand when I'm a defense attorney? If I'm not providing the defense, I can comment. Who's going to support crime?

Q. What do you think the analysis did for the law?

A. "I think that the public understands much better the way the system works and the ways in which it's broken. I probably have well over a thousand letters from people who appreciated learning how the system works. Cameras in the courtroom are relatively new. Here it was in everybody's office or reception area. Everyone was watching it. It gave them an education on rules of evidence, on burden of proof. All these areas were introduced to everybody. It was a terrific education.

"Just like watching a law TV show, this is not a common case. This is not the way cases normally occur. The way the case unfolded, the attention it got is not typical. One can't fault the judge. [Chief Judge Belvin] Perry ran as tight of a courtroom as people could have hoped for. The cocktail of individuals that created this case, I think, one would be hard pressed to duplicate ever again."

Q. Did you have a memorable reaction from the public?

A. "People approached me constantly. I've never seen anything like this. People were completely enthralled by this. I had an inactive Twitter. It was announced I was on Twitter, and I had 11,000 followers."

Q. Did you get more clients because of the exposure?

A. "I always gauge those things. Typically when you're handling a high-profile case, there's no immediate effect. But over time, people get to know you and like you and respect you. More people come to you because they like the way you handle things. Last year was a record year. Every year we continue to break records. But it's hard to gauge.

"You don't know if it's directly attributable [to exposure on TV]. If you become a household name, more people will be following you. I would say it's a constant progression, but no different than we've been experiencing over the past few years. We've done record business in the recession."