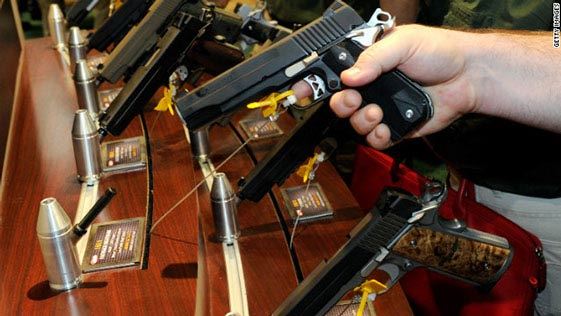 Editor's note: Mark NeJame is a CNN legal analyst and contributor and has practiced law, mainly as a criminal defense attorney, for more than 30 years. He is the founder and senior partner of NeJame, LaFay, Jancha, Ahmed, Barker, Joshi and Moreno, P.A., in Orlando, Florida. Follow him on Twitter: @marknejame

(CNN) -- If one brings a gun to a fistfight, then the fight becomes a gunfight.

Simple reasoning, of course, but it's also an unnecessary consequence of combining legislation that makes guns readily available with "stand your ground" laws.

I can already hear the clicking of keyboards from my desk, as the drinkers of NRA-flavored Kool-Aid feverishly type their outrage and disgust with any suggestion that gun laws need to be reviewed.

I own guns. They are kept in my home. I strongly believe in the "castle doctrine," which essentially means that homeowners have no duty or requirement to retreat in their home if they are attacked within it.

If someone breaks into a stranger's home, the homeowner doesn't know whether the intruder is there to rob, rape, terrorize or have milk and cookies with them. Regardless, it's reasonable that a robber should have an expectation of death if he or she breaks into someone's home.

Florida's stand your ground law was passed in 2005, under Gov. Jeb Bush's administration. This is the law that has garnered so much national attention since the Trayvon Martin shooting and George Zimmerman's arrest.

Stand your ground legislation basically extends the castle doctrine to all places beyond the home. Retreat in order to avoid a confrontation becomes unnecessary even in a public place. Florida Statute 776.013 (3) states:

"A person who is not engaged in unlawful activity and who is attacked in any other place where he or she has a right to be has no duty to retreat and the right to stand his or her ground and meet force with force, including deadly force if he or she reasonably believes it is necessary to do so to prevent death or great bodily harm to himself or herself or another or to prevent the commission of a forcible felony."

This law applies a confusing blend of subjective and objective standards. Stand your ground is appropriate in many circumstances, but the lack of clarity in the statute needs to be addressed and re-evaluated, particularly when firearms are so readily accessible in public places.

The way the statute is written, an individual who observes a fistfight could conceivably shoot and kill the dominator in the fight if they reasonably believed that person was going to cause "great bodily harm" to the other.

Even if the two combatants knew that the fight was nothing more than a "good ol' boy" disagreement, the way the statute is written could allow a gun to be used if the observer reasonably and actually believed that great bodily harm could occur.

Moreover, merging the statute with overly relaxed gun laws could open the door for the guilty to walk away without consequence. Consider another gun-toting observer of the hypothetical fist fight, who is an enemy of one of the combatants.

He could easily hide behind the claim that he reasonably believed that the other combatant was going to cause great bodily harm if the fight continued. The shooter could have every evil motive in the world, but so long as he stood behind the story that he reasonably believed the other person could suffer great bodily harm or death, then he could conceivably walk.

When guns are permitted in every public place and are mixed with such an obtusely written statute, a puzzling and perplexing standard of behavior regarding the use of guns occurs. This becomes a recipe for disaster and death.

Gun laws and the stand your ground law need to be re-evaluated and addressed responsibly very soon. If we don't learn lessons from the Trayvon Martin tragedy, then we are doomed to see similar events happen.

The opinions expressed in this commentary are solely those of Mark NeJame.