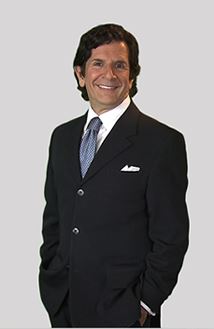 He was the center of discussion as he analyzed the story.

Mark O'Mara, Zimmerman's attorney, predicted that NeJame would be "extraordinarily active in how he both perceives and analyzes the case." O'Mara noted that Circuit Judge Jessica Recksiedler's husband works in NeJame's firm. Recksiedler said she had set the hearing because of that issue.

CNN's Gary Tuchman turned to NeJame and asked: "It sounds like to me they're saying because your law partner is her husband, they no longer want her on the case anymore, because you were actually asked to take this case originally. It's complicated. Is that right?"

NeJame acknowledged that Recksiedler's husband, Jason, runs the personal-injury division in NeJame's law firm. "My law partner is the husband of the woman who I would be analyzing from time to time in my duties as a CNN analyst," NeJame said. "She is doing the right and ethical thing by bringing it to all parties."

He added that now the lawyers could file the motion for her to recuse herself from the Zimmerman case. Zimmerman has been charged with second-degree murder in the death of Trayvon Martin.

"The main purpose of this status hearing . revolved around you," Tuchman said.

NeJame smiled broadly and said, "So it seems. Or my role with you all."

NeJame explained that he had declined to take the Zimmerman case twice and referred it to O'Mara. During that time, NeJame took the CNN job and explained that "the universe put this case in my law partner's wife's lap." NeJame brought up the situation to O'Mara as well as Natalie Jackson, an attorney for Trayvon's family.

NeJame declined to offer an opinion on whether the judge would recuse herself because her husband is his partner.

What of the case itself? "Much, much, much of this story has not yet been told," NeJame said. "Even the state, who's, in my opinion, taken the quantum leap of going to second-degree homicide as the charge brought, has evaluated what they have and believe they can make a case based on that. But right now, they don't have everything."