Central Florida News 13 got a real lift during its coverage Tuesday morning of the George Zimmerman hearing. Orlando attorney Mark NeJame joined the cable channel as a legal analyst. 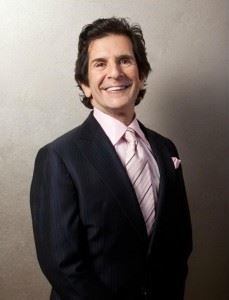 NeJame became familiar to the TV audience when he was a legal analyst for WKMG-Channel 6 during the Casey Anthony case.

On the Zimmerman case, NeJame will continue to work for CNN and HLN, and he will do so from the News 13 studio. Under the new setup, viewers will get to see NeJame do local and national commentary on all sorts of cases.

"We find the public is interested, and in some cases, fascinated with the legal process," NeJame told me. "Since I'm a commentator, not specifically a journalist, I can provide my opinions, which is always fun to do."

All the TV commentary doesn't mean NeJame is cutting back on his time in court. "My firm is expanding," he said. "I'm finding myself more in court. Family comes first, then court, but it's all extremely manageable."

On News 13 Tuesday, NeJame put the issues in clear, concise terms. The cornerstone of the Zimmerman case will be who is screaming for help on a recording of the deadly confrontation, NeJame told anchor Jackie Brockington. Zimmerman is charged with second-degree murder in the shooting death of Trayvon Martin.

"There are multiple cries 'help me, 'help me, help me.' One side has been saying that it's, in fact, George Zimmerman," NeJame said. "The other side says it was Trayvon Martin. Why is this is so important? Because whoever was crying for help was likely the one who was being the victim. If, in fact, it was Zimmerman who was crying for help, then it leads credence to the defense point of view that, in fact, he was . defending himself against Trayvon Martin hitting him and beating him up. If, in fact, it was Trayvon Martin, then it absolutely plays into the state's position that George Zimmerman was the aggressor."

"That's going to be the case," NeJame said.