Jurors talked to each other about legal proceedings even though they were told not to. 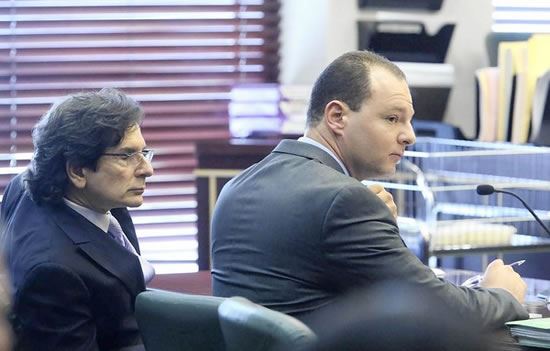 An Orange County judge halted the murder trial for Craig Sandhaus - who is accused of fatally stabbing a bouncer outside the popular downtown bar The Lodge - before opening statements could be made Tuesday because of improper juror conduct.

Sandhaus is charged with killing Milton Torres during a fight at the Orange Avenue bar in May 2011.

An eight-member jury was selected Monday, and the trial should have begun Tuesday, but two of the jurors told courthouse deputies Tuesday morning they did not want to serve on the panel.

That prompted Circuit Court Judge Alan Apte to question each juror, some of whom admitted to discussing the parties involved with other jurors, including Sandhaus' well-known defense attorney Mark NeJame.

The prospective jurors, who would have been sworn-in Tuesday morning, were not supposed to discuss court matters with one another.

NeJame argued to strike the entire panel, and Apte granted that request. Apte's ruling means the trial will occur later this year.

Initially, Sandhaus' brother Eric was arrested in the attack, but he was released after Craig Sandhaus confessed.

After jurors were released Tuesday, the defense team argued for a re-hearing on an issue surrounding a conflict of interest involving Sandhaus' old attorney.

Apte did not immediately rule on the issue.