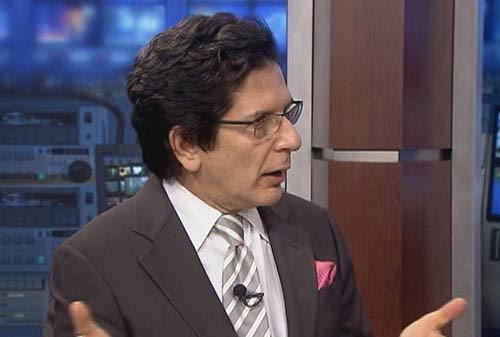 In a controversial decision in January, a pregnant woman who had been declared brain dead was taken off life support after an emotional legal battle in Texas.

Marlise Munoz's family knew she was brain dead, but doctors refused to take her off life support, claiming they wanted to protect the baby.

The case has highlighted the need for a living will, so we asked our legal analyst, Mark NeJame of the NeJame Law Firm, to go In Depth.

JACKIE BROCKINGTON: First of all, who gets to make the decision that it's a fetus, and how does the issue of a fetus change things?

MARK NEJAME: In the Texas case, you really had a lot of issues, not only about one's right to choose, and about how they choose to die in their last stage, but now you have the issue of when a fetus becomes viable. The whole abortion debate really starts to get into this whole issue.

What happened in Texas is that this woman was in a vegetative, end-of-life state and had been pronounced brain dead, but she had a fetus that she was carrying. Her husband, who's a paramedic, actually was following through with her wishes to allow her life to end by artificial means, but the hospital said no. They interpreted Texas law to say if the woman was pregnant, then she should be kept alive by artificial means.

So, the issue became: Was the fetus viable or not? Ultimately, the court ruled in Texas that the fetus wasn't viable, and they allowed the end of life to occur, and for artificial means to stop.

This really brings us to the whole issue that everybody should -- I can't emphasize this enough -- have a living will.

JB: When you're young, you don't think about it, but if anything happens to you, you want to be able to say what should be done. For myself, personally, I would not want to be attached to a lot of tubes. So, living wills are the way to go.

NEJAME: Without question, they are so simple. You can get a Florida Living Will form here. (PDF)

I still recommend you get a lawyer, because there are nuances and some questions, and a good probate and will lawyer can go through a lot of that with you. But if you want a cursory review of it, look at Florida Statute 765. Basically, it allows you to designate what you want done with your life when you're in a vegetative state, end of life, whether you want care to be continued, or whether you want it to be terminated, or how you want that done.

Those are important things. This is our lives, our bodies, and you also hurt your family. It can be disrespectful to your family. Why? One might believe out of the goodness of their heart that they should keep you alive by all measures. Others might say no, they would never want to live that way. Now you have family disputes. Then you are asking them to read your mind.

So, have the discussion. Sit down. It's so simple to get done. It only requires two witnesses. It doesn't need to be notarized in Florida, but don't just run out and get two witnesses. There are rules that relate to that as to who can be a witness. But get it done, and it just gives you peace in your life and peace in your family's life.

NEJAME: The Florida statute addresses that, and we get into the issues of liability, because we really get into the whole debate. The court's been very consistent that a woman's right to choose is her right to choose, and there have been attempts in some very conservative states to come in and say there should be some restrictions on that.

Pretty much across the board, the courts have upheld a woman's right. With that said, it does address the issue of where you want to go, and when the fetus become viable or not.

The point is sit down with a good will, have an estate trust lawyer figure it out. Figure out what you want to do, and have that discussion with your family. A lot of people find it distasteful and they don't want to talk about it, but the human condition requires it to end, at least in this form. So, knowing that's going to happen and tomorrow's not promised to us, it needs to be done.