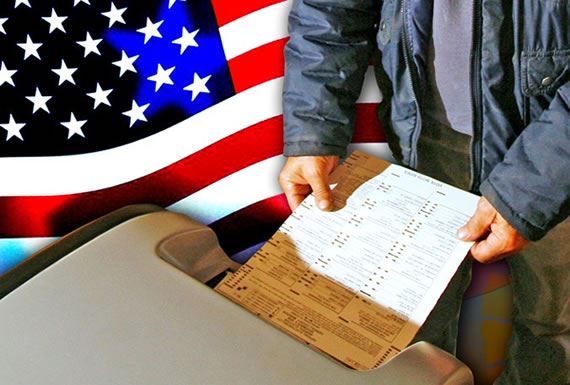 ORLANDO -- Florida will decide three constitutional amendments in the 2014 general election in November, including one controversial that would legalize medical marijuana in the Sunshine State.

Ballot items can be lengthy and confusing to some voters, so we've explained each of the three amendments here to help you be prepared before heading to the ballot box.

Funds the Land Acquisition Trust Fund to acquire, restore, improve, and manage conservation lands including wetlands and forests; fish and wildlife habitat; lands protecting water resources and drinking water sources, including the Everglades, and the water quality of rivers, lakes, and streams; beaches and shores; outdoor recreational lands; working farms and ranches; and historic or geologic sites, by dedicating 33 percent of net revenues from the existing excise tax on documents for 20 years.

Millions of people from around the world visit the Sunshine State each year. We have one of the most unique ecosystems in the country. Preserving those environmentally sensitive areas costs millions of dollars each year.

Some legislators have become concerned that the funding for preservation projects is not consistent.
Amendment 1 would constitutionally fund the projects for the next 20 years.

"It is very straightforward," said Former Florida congressman and Attorney General Bill McCollum. "There is no new program created. There are no new taxes involved in it. It simply dedicates some existing tax resources specifically for the continued purchase of lands that we need to buy, and conservation easements we need to have for the future of Florida and to clean up our waterways, our lakes, our rivers, our springs. It's very important to do that."

The mandate would not set a specific dollar amount. Instead it would set aside 33 percent of a year's revenue from document stamp taxes on real estate transactions.

But there is concern that legislating any budget item by constitutional mandate is a dangerous precedent to set.

"We don't need to legislate by constitutional mandate," said David Hart, with the Florida Chamber of Commerce. "However, we all love Florida's special unique environment, and we should urge our legislators to fund these programs through the normal budget process."

Amendment 2: Medical Marijuana
What it says:

Use of Marijuana for Certain Medical Conditions

Allows the medical use of marijuana for individuals with debilitating diseases as determined by a licensed Florida physician. Allows caregivers to assist patients' medical use of marijuana. The Department of Health shall register and regulate centers that produce and distribute marijuana for medical purposes and shall issue identification cards to patients and caregivers. Applies only to Florida law. Does not authorize violations of federal law or any non-medical use, possession or production of marijuana.

Dangerous drug or medical miracle? That is what Florida voters will have weigh when they vote on Amendment 2 in November. If approved, the use of medical marijuana will be legal in the state.

The "pot plan" has ignited a fight across Florida. Supporters argue the amendment zeroes in on medical marijuana, its production, possession and use.

But some opponents are raising the red flag, concerned a passing vote will lead to widespread abuse of the drug.

"When you read the entire amendment straight past the ballot language of 75 words, you'll see the words 'and other conditions' in there, which basically opens the door for recreational use," said our political analyst, Michelle Ertel (R).

The Florida Medical Association said: "We believe the unintended consequences of Amendment 2 are serious and numerous enough for us to believe they constitute a public health risk for Floridians."

So, what do attorneys say? Do those three little words open the door for "reefer madness"? Our legal analyst, Jaya Balani of the NeJame Law Firm, says the amendment is very specific about who can use the drug.

"The article kind of explains who would qualify," said Balani. "Anyone suffering from ALS, AIDS, HIV, some sort of cancer, someone who would benefit more so from the use of marijuana than it would be detrimental to them."

"If doctors are going to prescribe it for people with a headache, then they are going to put themselves in a position of liability and have their license taken away," argued political analyst Jeremiah Jaspon (D). "I don't think you are going to see doctors doing that."

Currently there is only one strain of the drug available to patients in Florida. It's called "Charlotte's Web," and Gov. Rick Scott signed House Bill 1030 in June approving its use.

"Charlotte's Web is a specific strain used for seizures," said our medical expert, Dr. Randy Shuck. "They call it 'Charlotte's Web,' because it is specifically for children that have seizures that can't be broken, and for whatever reason the chemicals in this one seem to help with seizure activity."

Dr. Shuck said the drug is effective, and patients are not getting high using it.

"It has a lower amount of THC," he explained. "A lower amount of THC means that euphoric effect, the things that people like about smoking marijuana, isn't there. But it has a therapeutic effect to allow the person to stop having seizures."

So, what would be different if voters approved Amendment 2? It would open the door to more strains of the drug, and potentially more uses, treating conditions ranging from nausea to pain management.

"Europe has been doing this for a long time, and we are kind of following along with their thought patterns on strains," Dr. Shuck said. "I don't know if you would call them so much a medical study, but they have gone through these properties work on these people most of the time."

Doctors say lighting up is only one way for patients to use marijuana.

"Are there other ways to administer the drug? Yes, there are," said medical consultant Dr. Tim Hendrix, with Centra Care. "There is marinol, for instance, a capsule that contains a synthetic form of THC, which is the active ingredient in marijuana. It has been around for years. You can get a prescription for that to treat nausea. I have had patients who have used that. There are also different extracts. There are ways to vaporize extracts. So, there different ways, but ultimately doing the same thing."

Doctors say if Amendment 2 is approved, there will be a huge learning curve when it comes to treatment.

Amendment 3: Judicial Vacancies and Appointments
What it says:

Proposing an amendment to the State Constitution authorizing the Governor to prospectively fill a vacancy in a judicial office to which election for retention applies that results from a justice's or judge's reaching the mandatory retirement age, failure to qualify for a retention election, or failure to be retained through election. Under current law, the Governor may not act to fill such vacancies until after the current justice or judge completes his or her term.

Florida judges preside over legal matters that affect our everyday lives, from local circuit cases to state supreme court cases. In most situations, a judge is elected to his or her seat. An immediate opening can be filled by a sitting governor in certain situations.

Amendment 3, which will be on the November ballot in Florida, would change that.

"Basically the amendment allows for a governor to appoint a justice or a judge to the bench before the position is even open," said attorney Jaya Balani with the NeJame Law Firm.

An example of this may unfold this way: It's October 2014, and a judge announces he/she will retire before his/her term is up. He/she gives a date of Feb. 1 as the day of retirement. The current Governor could appoint someone to fill that spot even if that governor is no longer in office when the appointee takes the bench.

Balani said before Election Day this is an issue voters need to truly investigate and understand before heading to the polls.

"Florida has been one of those states that has been very highly talked about around the country as having a great judicial system to electing fair judges, and this changes a lot of it," said Balani.

"The whole procedure is going to change a lot."