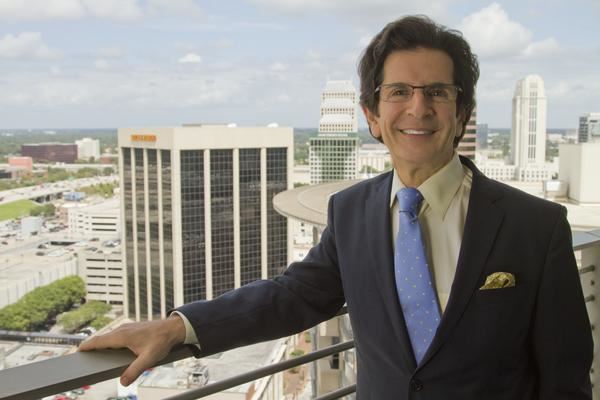 This week, he found himself in the middle of another case representing Orlando businessman Nikesh A. Patel — of 9120 Kilgore Road in Orlando, according to documents — on charges of $150 million in fraud.

Patel, chairman and CEO of First Farmers Financial and Alena Hospitality, also owns several Orlando-area hotels, including the future Renaissance Hotel by Marriott in downtown Orlando and the DoubleTree Hotel near UCF.

NeJame spent a few minutes with me to discuss the current status of the case:

How would you describe the last 48 hours?
This all went down unexpectedly Tuesday morning. The business at hand was to get him out on a $100,000 bond, and make sure he's required to make his court appearances in Chicago. Since that time, we have been evaluating the various businesses and making determinations on how we will be going forward.

What will happen to his businesses in Orlando?
Just like any business person, he is evaluating what areas need to be cut back and which others keep going forward. The hotels are continuing operations. Remember, he has not been indicted. This is purely an allegation, and it looks optimistic for him.

What is the status of the company in question, First Farmers Financial?
We are presuming that the loan company is going to have a stop activity. But all other business will go full steam ahead.

What are your impressions of the case so far?
I think there's a lot of ambiguity that surrounds it. There are some questions, and we are preparing some responses. There also were some concerns, and we are evaluating how to best address those, too.

How is your team preparing for the case?
We have been at it for 48 hours. There's a tremendous amount of documents that have to be gone through, and there's both a civil and criminal aspect. We have put together a top-rate team of our attorneys with tremendous experience with 500-plus trials between us to make the appropriate recommendations.

So what's next for the case?
There is a hearing scheduled on Oct. 8 in Chicago regarding a restraining order that we should get resolved.