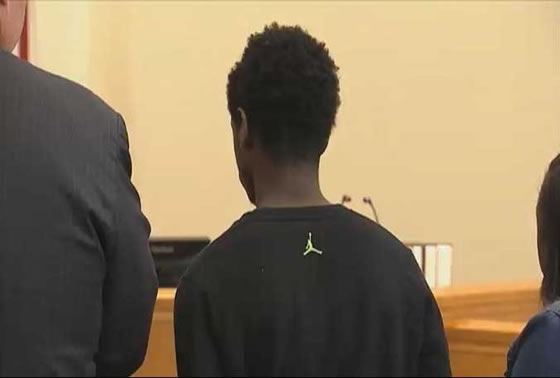 In accordance with our Crime Guidelines, News 13 is not identifying any of the three juvenile suspects in this case. Two others were charged as adults.

A 17-year-old suspect, who has been out of jail on bond since his arrest, entered a guilty plea Tuesday to one count of sexual battery involving multiple offenders. The teen was handcuffed and will be taken to a maximum security juvenile detention facility.

Prosecutors said they have enough evidence to prove he committed the crime and was responsible for bringing the other suspects to the area where the 16-year-old girl said the acts occurred in November.

A second juvenile was also in court Tuesday, but rejected a plea deal. He is scheduled back in court in two weeks. However, prosecutors said it’s likely he’ll be arrested prior to his court appearance and will be charged as an adult in this case.

News 13 spoke with Jaya Balani, an attorney with the NeJame Law Firm, regarding why adult court could mean harsher consequences for these teens.

“In the juvenile facility, you’re among other juveniles,” Balani said. “In adult court, they go by the punishment code, which could give them a lot of prison time, and you’re going to be with adults at that point. So it’s a lot higher risk, and the time frame is a lot longer.”

The 17-year-old who pleaded guilty Tuesday could be in a juvenile detention facility until his 21st birthday.