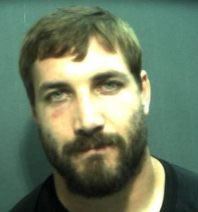 NeJame told TMZ that the allegation of Skuta shoving the head of a woman who refused to provide her phone number into a window was made up.

“Eyewitnesses who we have already received statements from in our initial investigation will attest that Dan was alongside his girlfriend when this fabricated event supposedly took place,” NeJame said.

Skuta contends, via NeJame, that the accuser and another female were harassing Skuta and his group.

“Dan was then struck in the face by one of the women, as is evidenced by his mugshot which clearly shows where he was struck,” NeJame said.

The mugshot does indeed show Skuta with an abrasion under his right eye.

“Dan never placed his hands on anyone,” NeJame said.

That explanation may indeed be persuasive to a judge or a jury, but it didn’t keep Skuta from being arrested. If the version from Skuta’s lawyer is accurate, Skuta eventually should get off scot-free.