Jacksonville Jaguars linebacker Dan Skuta is adamant he never laid a finger on a woman outside of an Orlando bar last weekend ... but says SHE struck HIM ... and he can prove it. 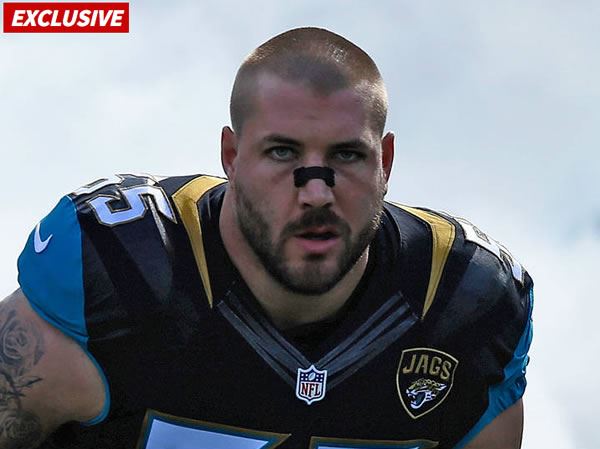 As we previously reported, Skuta was arrested for battery on June 19th after a woman told police Skuta shoved her head against a glass window after she refused to give him her phone number.

But Skuta's lawyer says the woman is lying through her teeth -- and the NFL player has multiple witnesses who can back him up.

We spoke with Skuta's lawyer, Mark NeJame, who tells us straight up -- "Dan is innocent."

"Eye witnesses who we have already received statements from in our initial investigation will attest that Dan was alongside his girlfriend when this fabricated event supposedly took place."

NeJame says the female accuser and another woman were harassing Skuta and his friends -- so the NFL player verbally instructed them to leave his group alone.

"Dan was then struck in the face by one of the women, as is evidenced by his mugshot which clearly shows where he was struck."

Skuta's attorney says the NFL player and his girlfriend then turned and walked away from the women "as to avoid further trouble from his attacker."

"Dan never placed his hands on anyone."

NeJame says Skuta has an outstanding reputation in the community and he's been hurt by the allegations ... but he's confident "the full truth will soon be determined."