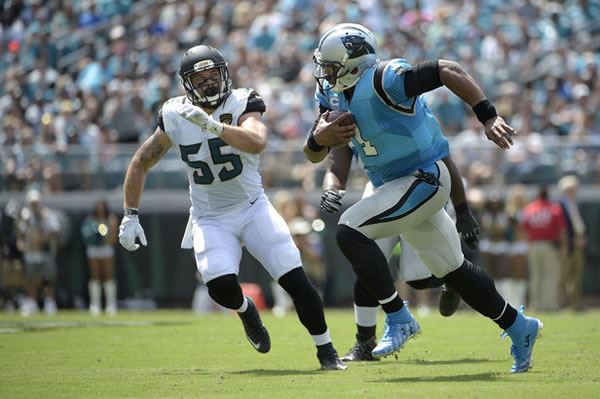 News broke earlier this week that Jacksonville Jaguars linebacker Dan Skuta was arrested early June 19 on a battery charge for allegedly pushing a woman's face and causing her head to hit a glass window.

However, the attorney for the Flint Carman-Ainsworth graduate is proclaiming his client's innocence.

Attorney Mark NeJame told The Associated Press that he is "confident this will be resolved favorably to Dan, and the truth will come out as to his innocence and non-involvement.

"Dan has an outstanding reputation and is hurt by the unfair association to any such allegation and is confident that the full truth will soon be determined."

During the time of the allegations, Skuta had alcohol on his breath and bloodshot eyes, according to Orlando Police. He was later released on a $500 bond.

The accuser says Skuta approached her on the street and "began talking to her and flirting with her," according to the police report. When Skuta asked for the woman's phone number, she said no and a verbal altercation escalated.

NeJame tells AP that the woman's story was "entirely made up."

Skuta's next court appearance is set for July 20. He has requested a jury trial, according to the Orange County Cleark's office.

"We ask that there be no rush to judgment as Dan is innocent," NeJame said. "Erroneous conclusions should not be jumped to. Eyewitnesses who we have already received statements from in our initial investigation will attest that Dan was alongside his girlfriend when this fabricated event supposedly took place and only verbally instructed two women who were harassing his friends to leave them alone.

"The witnesses confirm that upon only verbally instructing the nuisances to leave them alone, Dan was then struck in the face by one of the women, as is evidenced by his mugshot which clearly shows where he was struck. They completely contradict the version of the complainant leading to Dan's arrest."