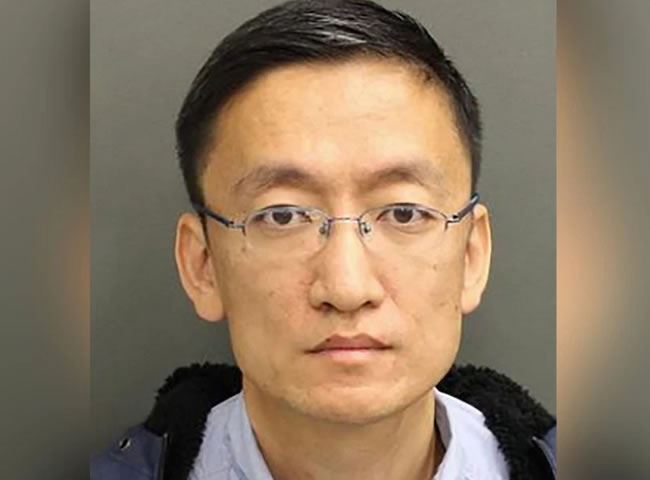 A real estate agent in Florida repeatedly raped a woman who traveled from China to look at houses last year – and told her authorities would believe his word as an American citizen if she reported the crime, police said.

Wentworth Huang Wang, 38, was arrested late Sunday on three counts of sexual battery after he provided a sample of his DNA in October that authorities say matches evidence found last March on the victim and her clothes, according to a warrant affidavit obtained by the Orlando Sentinel.

The woman visited Orlando for three days after a Beijing-based company called LianJia Overseas connected her with Wang, who took her out to dinner and a fair on the last day of her visit to scope out potential houses in the area. When she told Wang she was planning to leave for Miami the following day, he grabbed the woman’s hand in an “aggressive” way and told her he didn’t want her to leave, police said.

The woman later told police that Wang told her she was the “prettiest and smartest girl he’s ever met” and that he wanted her to be the mother of his children so their offspring “could have a higher level of intelligence,” according to the affidavit.

When the couple returned to a residence in Winter Park, where Wang told a judge he lives during his initial court appearance on Monday, the woman told police Wang grabbed her by the arms and pinned her against a wall before kissing her and forcing her onto a bed.

Police said Wang then warned the woman that he had friends in the Orlando Police Department and said investigators would believe his word over hers since he is an American citizen. Wang also told the woman he had a gun and had “been to war and see too many deaths to be scared,” according to the affidavit.

“Wang told the victim not to be afraid and to be quiet because he was ‘going to do it,’” the affidavit continued.

The woman told police Wang then raped her three times that evening and the following morning, adding that she didn’t contact cops earlier because she didn’t think investigators would believe her. The following day, she took a flight to California, where she reported the alleged rape to a crisis hotline.

The woman said Wang also expressed remorse during a call she made to him once in California, authorities said.

Wang later met detectives in April, but declined to answer questions without an attorney. He later provided a sample of his DNA that matched evidence found on the woman and her clothing, the Orlando Sentinel reports.

Wang’s attorney, Michael Lafay, said his client doesn’t deny having sex with the woman, but claims the encounter was consensual.

“It’s a flat-out denial,” Lafay told WESH. “Any contact between the two was consensual and I think that’s what you’re just going to hear throughout this case. After it was over, she and my client engaged in a fairly affectionate text exchange that lasted for easily a day or two.”

Lafay told a judge Monday that Wang has no prior criminal record and is not a flight risk. He was released from custody after posting $75,000 bond, but was ordered to relinquish his passport, WESH reports.