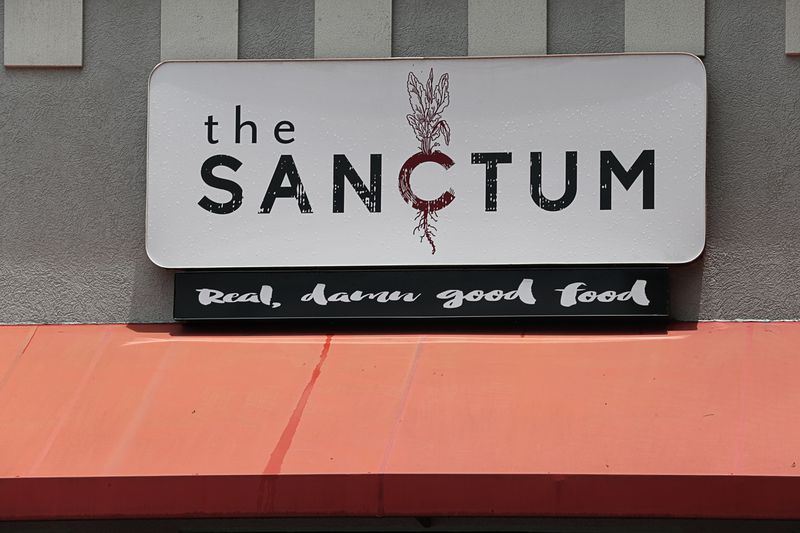 Facing a firestorm of sexual harassment allegations against her husband and business partner, the co-owner of the Sanctum Cafe and two other area restaurants said Friday she’s filing for divorce.

“Over the past week, I have recognized that significant changes are needed in terms of my personal and business circumstances. In the immediate, I have begun the process of filing for divorce against my husband,” said a statement from Chelsie Savage, released through a spokesperson.

Along with her husband Jamie Savage, she owns the Orlando cafe, Proper & Wild in Winter Park, and the Sanctum Coffee & Juice Bar in Altamonte Springs.

“Simultaneously, I am beginning the process of trying to rebuild trust with employees, current and former," Chelsie Savage’s statement said. "My intent is to help repair and heal this issue, and do so personally, privately, and with compassion for everyone’s sake.”

This comes after 18 past employees of the Savages’ restaurants came forward to the Orlando Sentinel, describing a years-long pattern of non-consensual touching and demeaning and otherwise offensive comments, ranging from questions about sexual orientation to unwanted messages, touches, and smacks on the buttocks.

Orlando lawyer Mark NeJame said he and another attorney at his firm, Richard Smith, have been retained by several of Jamie Savage’s accusers, with others in talks to hire them. About a dozen have been in contact with NeJame Law, NeJame said.

“It’s always unfortunate when a marriage falls apart," NeJame said after Cheslie Savages announced the divorce. “Nevertheless, this appears to be too little, too late, in an effort to address the abuse that these many women have claimed to have suffered for many years. There are multiple allegations of prior knowledge, willful blindness, and enabling by Ms. Savage.”

The employees interviewed by the Sentinel said Chelsie Savage knew about workers’ discomfort with her husband’s behavior, but deflected or ignored complaints when they were brought to her. They also said Jamie Savage mocked and verbally abused those who resisted, creating a culture that protected him and punished those who spoke out.

"The question from many is why did it take the bravery of these women and the attendant media attention that they have garnered before Ms. Savage began to address these allegations which have been alleged for so long,” NeJame said.

The groundswell of allegations against Jamie Savage began with a former Sanctum customer voicing interest online in the business’ support, or lack thereof, for the Black Lives Matter movement. That spurred a rash of private allegations the user then made public, with names omitted.

Multiple attempts to reach Jamie Savage this week were unsuccessful. Records show the Longwood couple was married on April 10, 2015, in St. Augustine.

Chelsie Savage’s responses to the controversy have shifted significantly in tone over the past week. An initial statement on the Proper & Wild website said her husband had been banned from the premises after “multiple accounts of alleged harassment."

But in a second statement Wednesday, she said her businesses had come under “vicious" and “unwarranted” attacks, which she would defend against with “legal remedies including... cease and desist notifications to those spreading false information about our business.”