The Orange County Sheriff's Office released body camera video of the Aug. 6 shooting in Orlando of Bryan Richardson, whose brother, Dylan Jimenez, was fatally wounded nearby.

Video released last week shows the moment this month when a Florida deputy fatally shot an armed man, whose brother was nearby and bleeding to death after an altercation at an Orlando hotel.

The sheriff’s office on Friday released body camera video of deputies responding to a shooting at 12:30 p.m. Aug. 6 outside the Orlando hotel, where they found Jimenez wounded from having been shot. 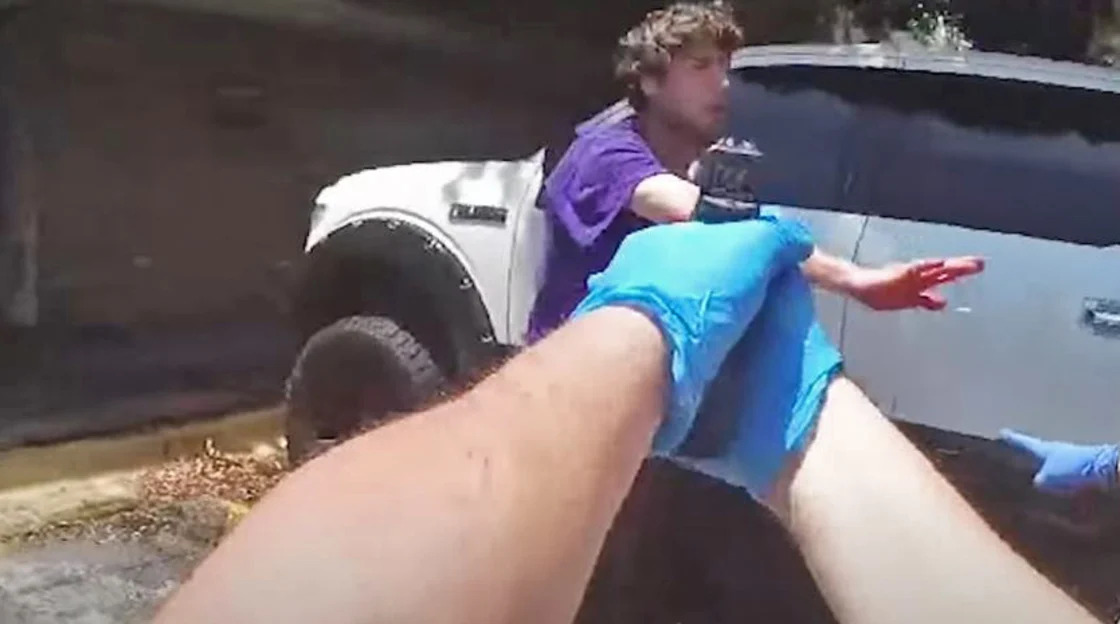 The video begins when a deputy is speaking to a man who says he is a paramedic and is treating a wounded man on the ground who is shot on the right side of his chest.

The deputy can be heard in the video telling the paramedic that they’re going to treat the wounded man by putting a chest seal on him. The deputy then instructs the paramedic to put the injured man on his back and to open his airway.

Shouts of “he has a gun, he has a gun” are then heard on the video. Also heard is someone shouting that the person with the gun is pointing it at people.

The deputy then moves toward a man and orders him to “drop the gun,” while a second deputy appears to struggle with the man’s left hand. The video then shows the unidentified deputy firing several rounds at the nearby man. The wounded man is then seen collapsing by a pickup truck.

Richardson and Jimenez were pronounced dead at a hospital, police have said.

Orange County Sheriff John Mina, in an introduction to the video, said his office is “committed to transparency and believes it is critical to maintaining accountability and enhancing trust between this agency and the public.”

The Florida Department of Law Enforcement will conduct an independent investigation, Mina said. The deputy who fired his weapon was placed on paid administrative leave, Mina said. He has been with the sheriff’s office since 2018, agency officials said.

No one with the Florida Department of Law Enforcement could be reached for comment Monday.

Mark NeJame, the lawyer for the family of the deceased brothers, credited Mina for releasing the video "on his own volition."

He said, however, that it appears the deputy who fatally shot Richardson "clearly used excessive force and overreacted."

NeJame said that, according to witnesses, Richardson was protecting his wounded brother and the crowd near Jimenez because a gunman was at large.

NeJame said Richardson had just witnessed his brother getting shot and was most likely in shock. He added that it's unknown whether the deputy in the video knew Richardson was armed before his fatal shooting.

The shooting was an "unnecessary use of violence against someone who had already been victimized — Bryan," NeJame said.