The lawyer for the family of the man killed by Osceola County deputy sheriffs spoke out Tuesday to fill in the information gaps left by Sheriff Marcos López as his agency remains largely silent on what led to a deadly shooting in the parking lot of a Target store in Kissimmee.

Albert Yonfa of Orlando-based firm NeJame Law said he is representing the family of 20-year-old Jayden Baez, who was gunned down by deputies, and Joseph Lowe, who was in the same car and was injured in the shooting. 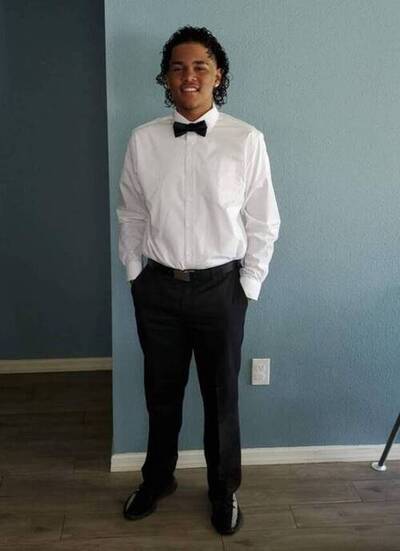 Jayden Baez, 20, was identified as the man shot and killed by Osceola County deputy sheriffs on April 28, 2022. It's still unclear what led to the shooting. (Courtesy of Albert Yonfa)

Though the Sheriff’s Office has released virtually no details on what led to the shooting, court records indicate deputies were investigating two teens accused of stealing pizza and “multiple packs of Pokémon cards” from the store.

Deputy Cole Miller, listed in affidavits as the arresting officer, didn’t specify in the report what led deputies to shoot at the black Audi they traveled in except it was after an attempted takedown. Lowe and Michael Gómez, who was also in the car with Baez behind the wheel, were injured by the gunfire.

The two were arrested on charges of petty theft.

Yonfa didn’t offer comment during a phone call Tuesday but said he also hasn’t gotten information about the shooting from the Sheriff’s Office.

López has not taken questions about the shooting for nearly a week, with his agency releasing no details as to what led to it, leaving requests for basic records unfilled and even refusing to provide Baez’s name — information other agencies across the region and state routinely make public within hours of fatal encounters.

Agency spokespeople referred all questions to the Florida Department of Law Enforcement, which is investigating the shooting.

But when the Orlando Sentinel sought to confirm Baez’s identity with the state agency, FDLE spokesperson David Fierro referred that and other questions to the Sheriff’s Office as FDLE “is handling the officer-involved aspect of the investigation.”

It’s still unclear whether Miller fired at the car. The Sheriff’s Office said in a statement last week that it wouldn’t release the names of the two deputies who shot Baez under Marsy’s law, which is meant to protect the identities of crime victims but has been used to shield the names of officers involved in deadly incidents.

López, who promised transparency during his election campaign, has not been made available for questions since the night of the shooting, when he held a press conference but offered no details. WOFL-Fox 35 reported López believes the deputies “are justified in all their actions.”

U.S. Rep. Darren Soto, a Democrat whose district includes Osceola County, called on López to release further information on the case, telling WKMG-Channel 6 on Monday that transparency on the matter “is critical to public confidence.”