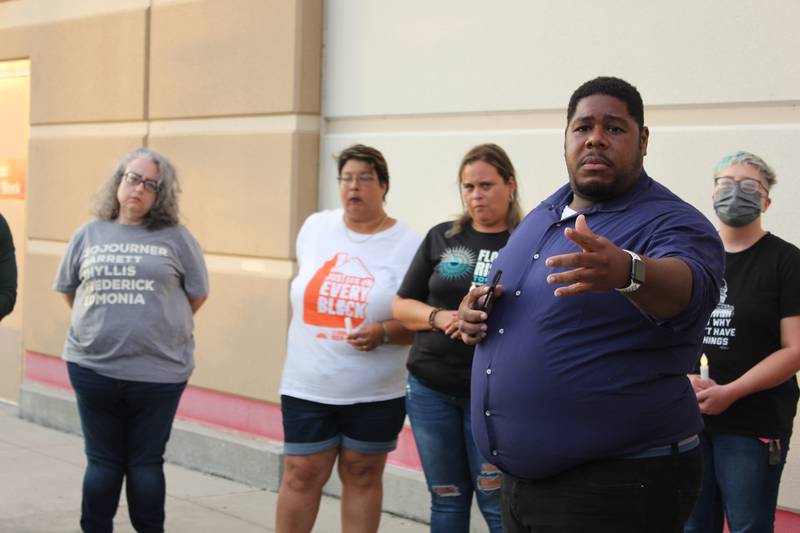 The fatal shooting of a 20-year-old man by Osceola County deputies ignited community members to hold a candlelight vigil Friday night, amid heightened scrutiny of the lack of transparency coming from Osceola County Sheriff’s Office and what activists said was a growing reputation of excessive force.

Sheriff Marcos López said police believed Baez’s black Audi was suspicious for having an obscured tag, though later reports said the car had on a temporary license plate. According to police affidavits released by the Sheriff’s Office nearly two weeks after the shooting, Target loss prevention told detectives Lowe and Gómez were seen stealing a pizza and multiple packs of Pokémon cards.

The value of the alleged stolen merchandise amounted to $46.16.

Kevin Parker, president of Osceola Young Democrats, told a crowd surrounding lit candles in a shape of a heart with flowers and a stack of Pokémon cards at the center that “thoughts and prayers will do nothing to keep this from happening again. What will prevent this is us standing up and demanding better.”

He questioned why deputies began the deadly takedown after all four suspects were inside the car and not inside the Target to avoid Baez being shot to death and bullets pulverizing Lowe’s hands resulting in him losing a finger.

“We cannot continue to let law enforcement officers to act this way. We have to hold them accountable. We have to get justice for the things they do in the line of duty,” he said. 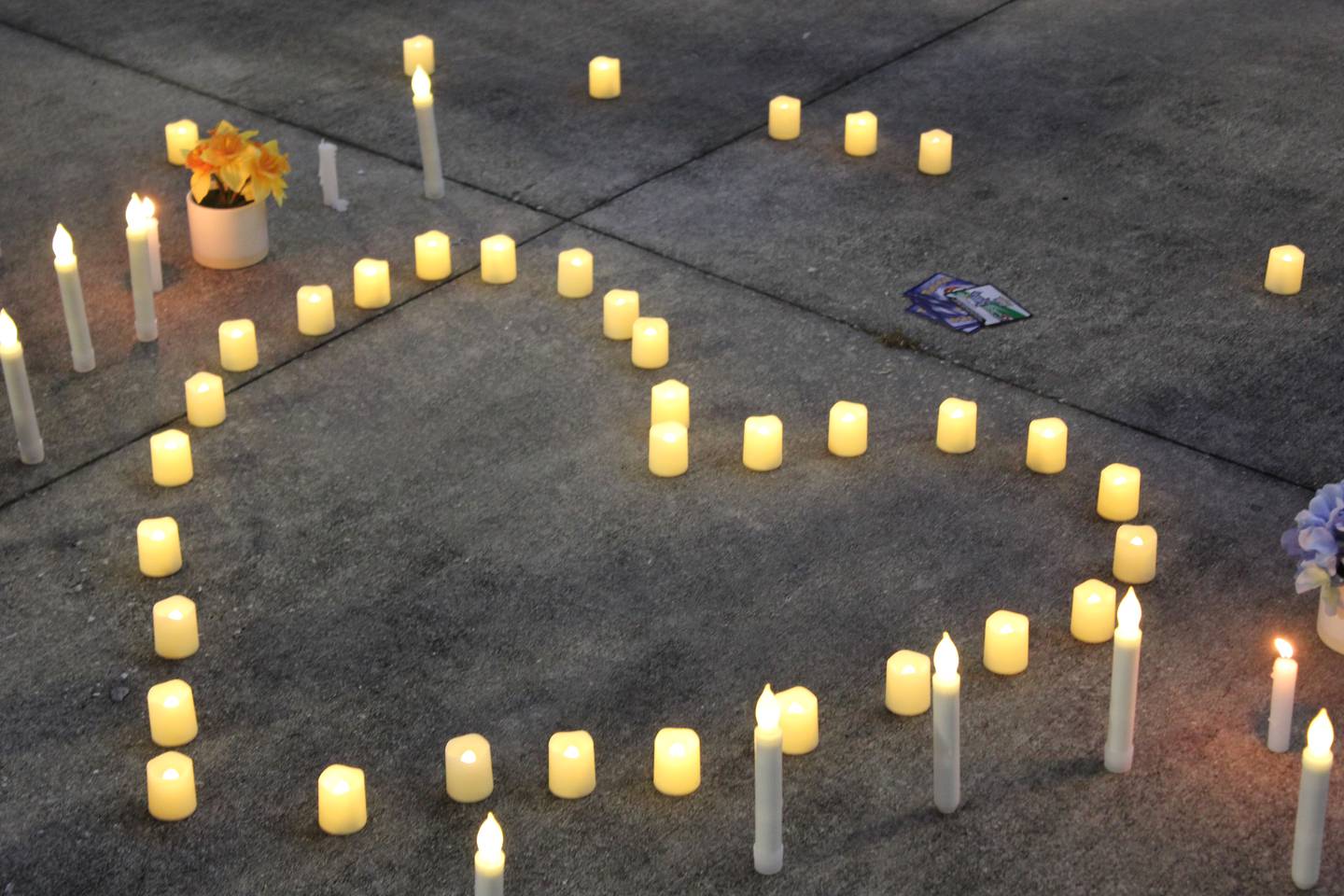 A crowd in front of a Kissimmee-area Target, where deputies fatally shot a 20-year-old, surrounded a candlelit vigil with flowers and a stack of Pokémon cards at the center. (Amanda Rabines)

Though López said the deputies announced themselves as law enforcement and flashed their lights, surveillance video shows that didn’t happen until Baez tried to escape, with deputies firing at the car as it tried ramming past the vehicles. Body-worn cameras are typically a standard part of a law enforcement uniform, but López said deputies weren’t wearing any because they were conducting training exercises nearby.

Lowe and Gomez were arrested on petty theft charges.

Baez’s relatives and the families of teens did not attend the vigil but organizers said Baez’s family gave them permission to hold it.

At the end of the night, organizers bowed their heads for a moment in silence to remember Baez’s life. Members from organizations like Florida Rising, Osceola Young Democrats and LatinoJustice PRLDEF attended the vigil.

Several shoppers at Target also grabbed a candle. One woman in her car rolled her window down and said “you have to fight for real change...my respects to the person who passed away.”

Elizabeth Martinez with Florida Rising in Osceola County said “we will not continue to be shot down in the street like animals. Despite what has been done, whatever crime has been alleged against these people we all deserve the right to our day in court...None of us should be burying our children.” 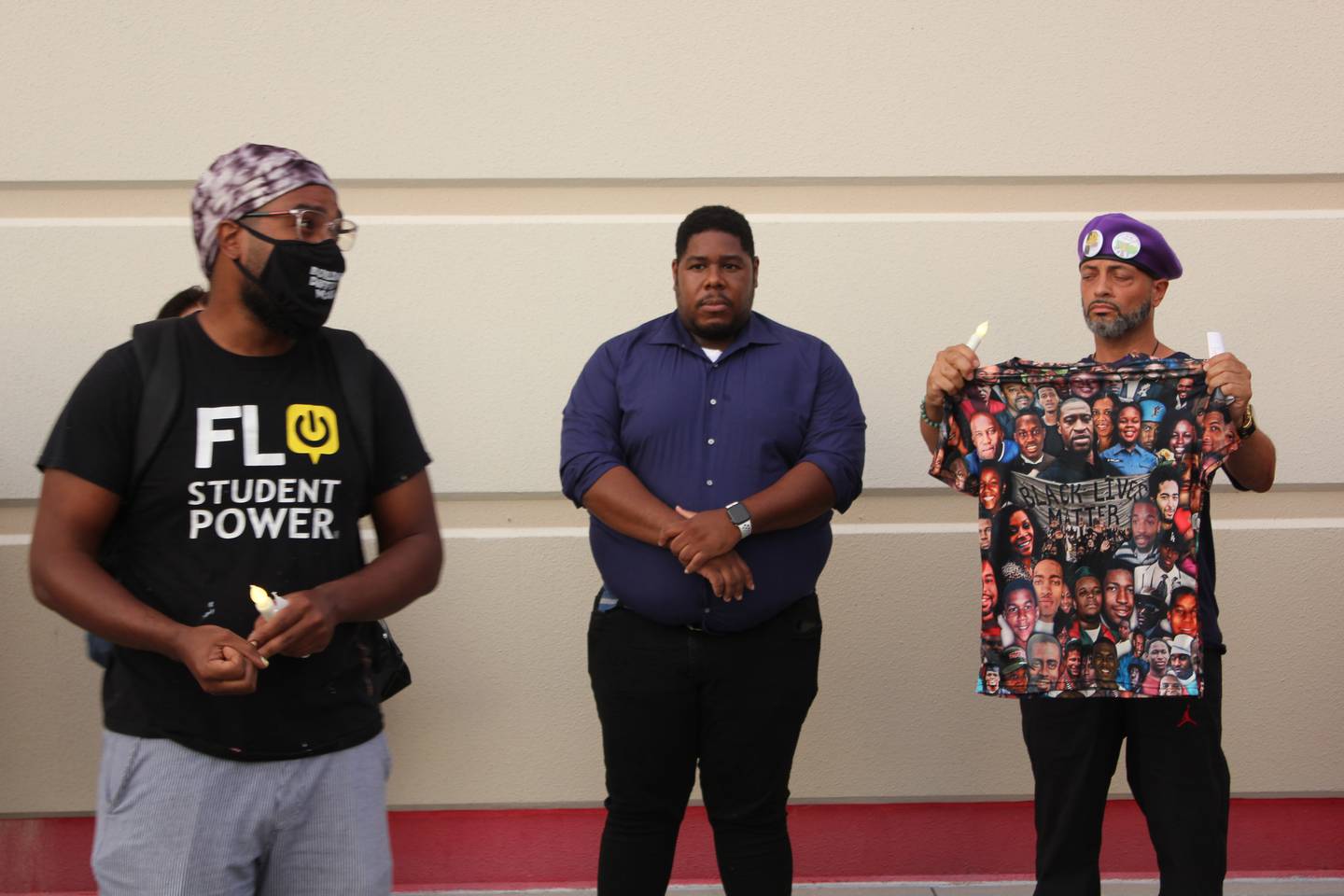 NeJame and Yonfa are also representing 26-year-old Jean Barretto who was severely burned after an Osceola County deputy used a stun gun at a gas station, causing an explosion. According to a state fire marshal report, Barretto was tackled from behind by an Osceola County deputy, knocking over Barretto’s dirt bike as he was refueling. Barretto and the deputy were lit on fire after deputy David Crawford used his Taser while they were covered in gasoline.

Crawford is facing a charge of culpable negligence.

Near the end of the vigil, Parker called for legislation in Florida making it mandatory for all officers to wear body cameras while on duty and for Barretto’s case to be turned over to the Florida Department of Law Enforcement for a full investigation, as well as the suspension of Crawford with no pay pending an investigation.

He also called for López’s resignation

“He has proven he is ill-equipped to handle this job,” he said. “We need someone who is going to stand up and actually work for the community and not against it.”