A Florida deputy has been charged with a misdemeanor after he started a fire, injured a suspect and also hurt himself when he deployed a stun gun near a gas spill, according to law enforcement.

Deputy David Crawford was placed on paid leave and charged with culpable negligence in connection with the botched arrest, Osceola County Sheriff Marcos López said at a press conference Thursday. 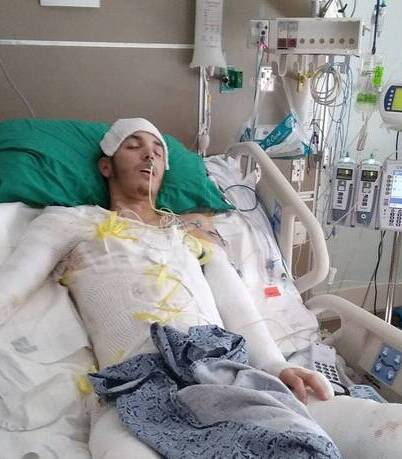 Jean Barreto "continues to fight for his life and has completed his first round of skin grafting" according to a statment from his attorney Mark NeJame. Courtesy of NeJame Law

The incident, which was captured on video, began on Feb. 27 when the sheriff's office received 911 calls about men on dirt bikes pointing guns at people, López said. Deputies responded to the area and attempted to stop Jean Barreto, 26, who drove erratically and fled, according to López.

The sheriff said a helicopter followed Barreto and several other people on bikes for about 30 minutes until Barreto stopped at Wawa to refuel. As deputies attempted to arrest him, Barreto's bike was knocked over and fuel was spilled.

One deputy tried to use a stun gun on Barreto, but it didn't work, López said. Crawford then deployed a Taser, causing the fuel to ignite a large fire. The flames engulfed both the suspect and the deputy.

"He was aware there was gas in the immediate area, he says 'kill the pump, there's gas,'" Lopez said. "His actions were reckless and the disregard for life rises to the level of culpable negligence."

"I personally believe there was no malice because he also received burns," he added.

Barreto spent 10 weeks in the hospital and is "is still undergoing potentially life saving but excruciating painful treatment," according to a statement from his attorneys at the NeJame Law group.

"While being cooked alive, Mr. Barreto sustained third degree burns on approximately 75% of his body, front and back from his feet to the bottom of his neck," the release said.

López said Baretto matched the initial description of the suspect, but deputies did not find a firearm mentioned in the 911 calls on Baretto. Baretto will be charged with fleeing and attempting to elude law enforcement, reckless driving and resisting without violence law enforcement said. 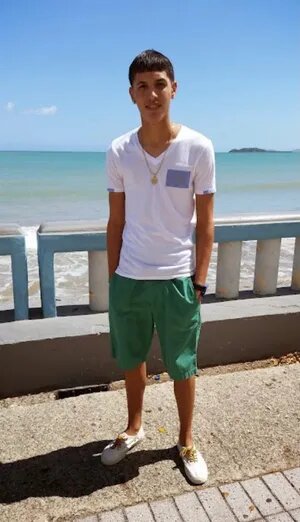 Jean Barreto 26, poses for a photo. Courtesy of NeJame Law

López said Baretto matched the initial description of the suspect, but deputies did not find a firearm mentioned in the 911 calls on Baretto. Baretto will be charged with fleeing and attempting to elude law enforcement, reckless driving and resisting without violence law enforcement said.

"We don't dispute that Mr. Beretta was driving in a reckless manner," attorney Mark NeJame told USA TODAY. "Law enforcement cannot break the law themselves to enforce it. And what they did was so egregious, so violent, so horrific for a driving offense they must face the consequences for their continued policies and practices."

Barreto's attorneys also expressed concern that the investigation was conducted by the Osceola County Sheriffs Office instead of the Florida Department of Law Enforcement. Lopez said his department handled the investigation because a Taser, which is considered "less lethal" force than a firearm, was used.

LETHAL FORCE:Tasers are meant to save lives, yet hundreds die after their use by police

"By refusing to have an independent investigation which intentionally avoided scrutiny and review by the Florida Department of Law Enforcement and the State Attorney’s Office, Sheriff Lopez has caused distrust and compromised the integrity of his office," NeJame said in a statement.