Burn Injuries Help Is Here. Work With Us Today.
Get Started Today 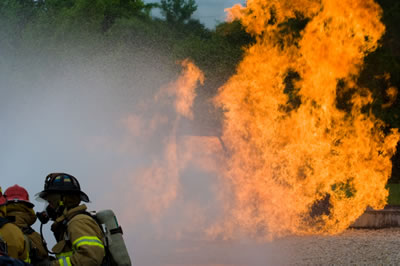 Serious burn injuries are among the most painful and devastating injuries a person can endure. Not only do they lead to physical disfigurement and scars, but they also often result in lasting emotional trauma and distress. Treating severe burn injuries can be a lengthy, costly process, and victims may find themselves unable to return to work or go about their ordinary lives for weeks, months, or even years.

At NeJame Law, we understand the true impact severe burns have, both on victims and their families. If your injuries were the result of someone else’s negligence or wrongdoing, you should not have to face these life-altering consequences on your own. We believe that you deserve justice—and our Orlando burn injury lawyers can help you fight for fair compensation from liable party.

Our team is ready to take on the insurance company so that you can focus on getting proper medical attention and healing from your injuries. We will handle every legal detail while you dedicate your time to getting back on your feet. With extensive experience in complex personal injury cases and a proven track record of success, our firm has what it takes to effectively advocate for you.

If you or someone you love suffered severe burn injuries due to another person or party’s negligence, call us today at (407) 500-0000 to learn how we can help. Your initial consultation is free.

What Are the Different Types of Burns?

There are several different types of burn injuries, as well as varying degrees of severity by which burns are categorized

In addition to the various types of burns, these injuries are also categorized according to severity, or degree.

Moderate to severe burn injuries are medical emergencies. If you or someone else has sustained significant burns, call 911 or go to the nearest emergency room/hospital and seek immediate medical treatment.

Depending on the severity of the injury, victims may require various forms of treatment. Mild burns can typically be treated at home with general first-aid, including cleaning and bandaging the area and using over-the-counter topical ointments and pain medications to manage symptoms. Moderate and severe burns, however, require professional medical care.

Some common treatments for moderate and severe burn injuries include:

Some of the most common concerns associated with severe burn injuries include potentially life-threatening infections, sepsis, shock, tetanus, hypothermia, and hypovolemia (low blood volume). Doctors should be aware of and note signs of these and other dangerous complications after a severe burn injury.

Who Is at Fault for a Burn Injury?

While a burn may seem like an accidental injury—after all, who is to blame if you spill a hot liquid on yourself or are injured in a house fire?—many burn injuries are caused by negligence. For example, a person who is involved in a car accident in which the individual’s vehicle catches fire could have a claim against the motorist who caused the crash. If it is discovered that the vehicle had a defect that caused it to catch fire, the victim could also have a lawsuit against the auto manufacturer.

Similarly, if someone suffers chemical burns at work due to lax safety standards, he or she may have grounds for a workers’ compensation claim. The injured employee may also be entitled to bring a third-party work injury claim against the manufacturer or distributor of the harmful substance, as well as against other third parties that may have acted negligently or wrongfully, leading to the accident.

If you suffered a burn injury in a fire that occurred on someone else’s property, such as an apartment complex or commercial retail space, you could have a claim against the property owner if you can prove that he or she negligently failed to conduct routine property maintenance and/or was aware of or should have been aware of a dangerous condition that existed on the property and which contributed to or caused the fire. In such instances, you would be able to bring a premises liability claim against the landlord, building manager, landowner, or another liable party.

At NeJame Law, our Orlando burn injury lawyers know how to investigate accidents to determine how an individual was injured and, most importantly, who is liable. We have the experience, resources, and skills to properly litigate your claim. You should not have to simply suffer the consequences of someone else’s negligence on your own, and our team is here to fight for the justice you deserve.

At NeJame Law, we do not settle our clients’ claims for less than they are worth. As true trial lawyers, our attorneys are prepared to advocate for you in the courtroom if that is what it takes to recover fair compensation from the insurance company. We can help you fight to recover damages such as current and future medical expenses, lost wages, pain and suffering, disfigurement, and lost or reduced enjoyment of life. We know that no amount of financial compensation can undo the trauma and loss you have endured, but a fair settlement or jury verdict can provide the monetary resources you need to heal.

Fill out our online form provided at the bottom of this page or call our office at (407) 500-0000 to schedule a free consultation today. There are no fees for you unless/until we win your case!