Police Brutality &
Misconduct
Help Is Here. Work With Us Today.
Get Started Today 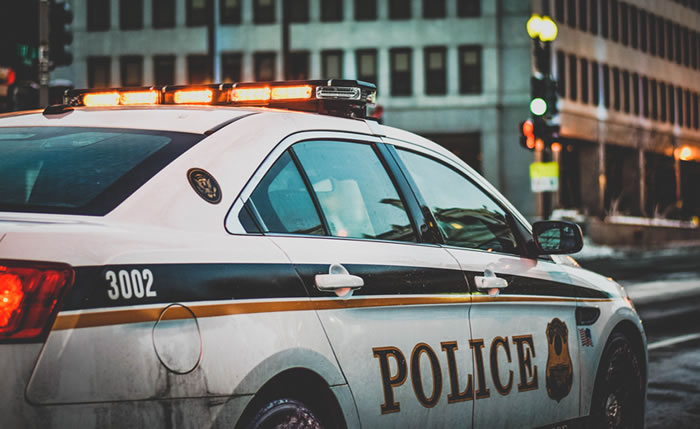 Police brutality is a term commonly used to describe all types of misconduct carried out by law enforcement resulting in injury, pain, suffering, loss of liberty and even loss of life. All individuals, including U.S. citizens and others, have certain rights; police brutality and misconduct constitute violations of one’s civil rights, and offending officers and other liable parties can be held accountable.

A civil police brutality lawsuit is separate from any criminal proceedings that may or may not occur following officer misconduct or wrongdoing. Like a typical personal injury claim, a police brutality lawsuit allows individuals who have suffered harm at the hands of a police officer or law enforcement agency to seek financial compensation for their damages, such as medical bills, lost wages, emotional distress, and pain and suffering.

At NeJame Law, we believe in protecting the rights of individuals and holding law enforcement officials and agencies responsible when they negligently, wrongfully, or intentionally inflict injury and harm. If you or someone you love has had their rights violated, our Orlando police brutality lawyers are ready to stand up for you.

Call us today at (407) 500-0000 to learn how our team can fight for you. Your initial consultation is free, and there are no attorney fees unless we win your case.

Perhaps more now than ever before, police brutality and misconduct have been thrust into the spotlight in the United States. However, negligent and wrongful conduct by police officers and official agencies has existed globally for centuries.

Police brutality and misconduct take many forms, including but not limited to:

If you believe your civil rights were violated by an arresting officer, sheriff, or any other law enforcement official or agency, reach out to our police misconduct attorneys in Orlando right away. It is absolutely critical that you act fast, as proving police brutality and misconduct is extremely difficult. You need a legal team that knows the law and is ready to aggressively fight for you and your rights.

If you were injured due to excessive force, harmed while in custody, or if your loved one died due to police brutality or misconduct, the first thing you should do is contact a lawyer. In Florida, law enforcement agencies vigorously defend allegations of misconduct and abuse; it is extremely important that you equip yourself with a legal team that knows how to navigate these types of cases and advocate for you throughout the process.

How we can Help

When you contact NeJame Law, we can assist you in the following ways:

After experiencing the trauma of police brutality or misconduct, victims should be allowed to focus on getting the necessary care they need to heal. Our Orlando police brutality and misconduct attorneys can handle the legal aspects of your civil claim and build a powerful case built on evidence.

Act Quickly Before You Lose Your Right to File a Lawsuit

The sooner you act, the better. Not only is it important to act quickly to preserve evidence, but you also have a limited time to file a lawsuit according to Florida personal injury statutes. There are no specific statutes of limitations regarding police brutality or misconduct, so these cases generally fall under the state’s four-year statute of limitations for personal injury claims.

However, you should also note that the law requires you to file a formal notice of claim informing the appropriate parties of your intent to bring a claim or lawsuit at least six months before a lawsuit can be filed. This notice of claim must include a description of your grievance and/or allegations against the appropriate party. Following the filing of your complaint, the jurisdiction will conduct an investigation into the incident.

Contact NeJame Law for Help with Your Police Brutality Claim

Do not wait until it is too late. If you or someone you love was the victim of police brutality or misconduct, reach out to NeJame Law today to discuss your legal rights and options with a member of our team. We provide free initial case evaluations and contingency fees, meaning you do not pay any out-of-pocket expenses when you hire our firm. Instead, our attorneys only collect fees at the successful conclusion of your case. If we do not recover a settlement or verdict on your behalf, you do not pay.

Use our online form to contact us or call (407) 500-0000 for a complimentary, confidential consultation.